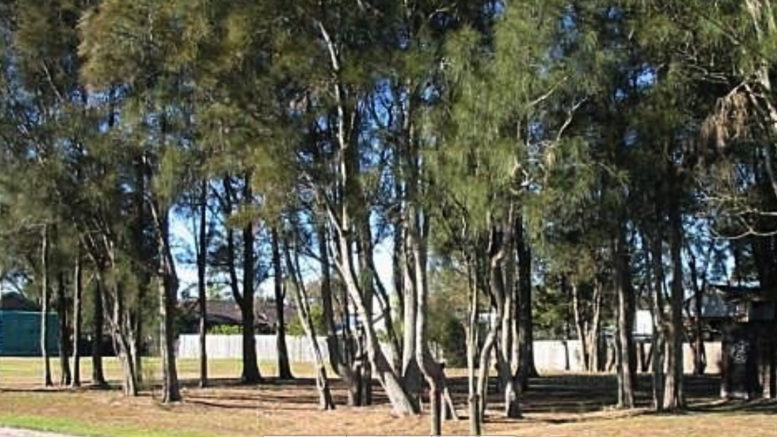 The Community Environment Network (CEN) has thanked Central Coast Council Administrator, Rik Hart, for making it clear that he will not be reclassifying Community Land as part of Council’s asset sales program “unless absolutely necessary”.

“Those were Mr Hart’s words and CEN will do our best to hold him to them now that the community consultation for assets sales has closed,” said CEN Executive Member, Gary Chestnut.

Representatives of CEN, the Central Coast Branch of the Australian Conservation Foundation and Save Central Coast Reserves met with the Administrator on May 25 to discuss community concerns about the asset sale.

“Mr Hart explained that Council had considered a $90M ‘basket’ of assets with sale potential from which it needed to sell $60M worth of assets,” Chestnut said.

“It was a relief to hear Mr Hart clarify that only operational land that had not received a great deal of public opposition would be considered for sale at this time.

“We also look forward to learning more about the options Mr Hart said Council was exploring with the Norah Head community in relation to their community hall and playground.

“At the conclusion of our meeting, Mr Hart undertook to provide answers to six questions and we look forward to receiving his response in the not-too-distant future.”

How can the community keep abreast of how the asset sales process is going, for example, where is tranche 1 up to, what is the status of tranche 2, as a list of tranche 2 properties has not been made public?

How will the community be able to assess value for money from asset sales if valuations and sale prices are not placed in the public domain?

Will any of the asset sales be via auction?

What is the strategic makeup of the committee that has been responsible for identifying assets for sale? Is it a whole-of-council team?

Has the whole of Council’s operational lands portfolio been audited? If so, is the total land portfolio available to the public? What has been the criteria to identify operational land appropriate for sale; that is, how is ‘lazy’ and ‘surplus to needs’ defined?

What communication strategy is Council implementing to address the community’s fears and confusion surrounding asset sales to build trust?

Chestnut said CEN recommended that the following Operational assets in the northern districts should not be sold by Council because of their environmental value or contribution to the amenity and liveability of this region:

Chestnut said CEN considered protection of the natural environment paramount, however, the liveability of Gosford and its position as a social and cultural hub for the Central Coast region was also a critical part of our commitment to sustainable development in the built environment.

“Consequently, and in an attempt to be balanced and respect Council’s need to reach $60M of asset sales, CEN would be prepared to accept the conditional sale of the Thompson Vale Rd land at Doyalson in exchange for the withdrawal of lots from 49 to 71 Mann St, Gosford.

“The Mann St properties were earmarked for the long-promised Regional Performing Arts Centre in Gosford.”

CEN requested that Council consider the following assets sale instead of some of the properties currently listed for consideration – Warnervale Airport; 3 Bounty Cl, Tuggerah; Council works depots and the Wyong Council building.

CEN has asked Council to clarify why the urgency to reach $60M of asset sales was overridden by the former Administrator, Dick Persson’s resolution on April 13 “That Council authorise the Chief Executive Officer to explore inclusion of 4 and 10 Warren Rd, Warnervale and 140 Sparks Rd, Warnervale into the draft Airport Masterplan and to suspend the sales of these land parcels until the Airport Masterplan is finalised”?

“The combined market value of 4 and 10 Warren Rd and 140 Sparks Rd would surely have made up a significant portion of the required $60M asset sales target,” Chestnut said.

“CEN believes Council should remove itself from the commercial risks involved in pursuing the development of a general aviation hub at Warnervale.

“It is not the core business of a local government.

“The airport could be sold as a going concern or as land for development,” Chestnut said.

He said Bounty Cl at Tuggerah was another example of an asset which would reap an excellent commercial price in the current market.

“We have urged Council to review all non-commercial arrangements and legacy relationships to put them on a commercial footing instead of providing ratepayer assistance to fundamentally lucrative operations and commercial assets.

“It is CEN’s understanding that Council has work depots that are surplus to needs.

“We understand the need to keep some locations, such as Woy Woy, which has bore water infrastructure, but we question the need to hang on to other under-utilised operational land.

“Also, if Council’s public face in its regional capital, Gosford, can be via a library, why does Council need to retain either the Gosford or Wyong purpose-built premises?

“Mr Hart mentioned that the $90M asset basket represented less than one percent of Council’s total land portfolio so perhaps employees could be relocated across other sites so that both the former Council buildings could be sold.

“Council meetings could be held in alternate venues such as the Erina Centre and the Art House.

“The sale of the Wyong building would provide an excellent site for infill development of affordable housing close to services and public transport,” Chestnut said.

Minister stands by ‘open and transparent’ response to Council crisis