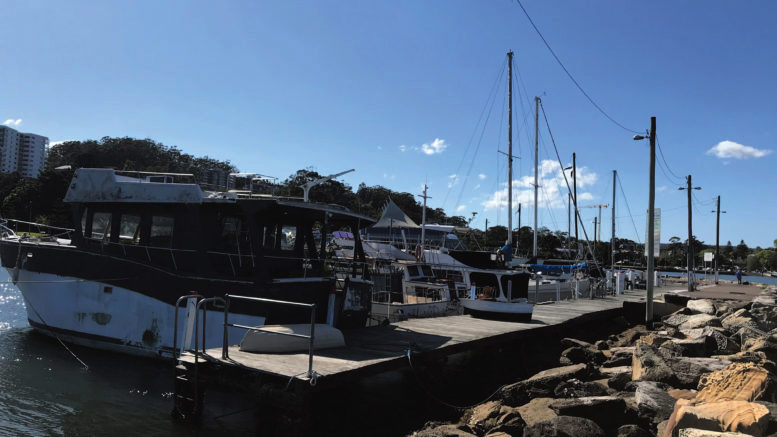 Gosford marina is always at capacity

In reference to Hernan Ratto’s letter (CCN293), Gosford Council wharf is a disaster.

I wrote to Liesl Tesch MP about the public wharf and about people living on boats at the wharf, the dumping of grey and black water directly into our waterways, rubbish dumped on the wharf and signs put up by the illegal boaters stating “caution dogs ahead” which was forwarded to Central Coast Council.

I received an email from the Council dated May 21, 2021, which was the biggest buck passing exercise I have ever encountered.

Council stated that “Council’s community safety officers attended the area and issued a number of fines for vehicles and trailers unlawfully parked”.

The vehicles and trailers are still parked there.

Council also stated that “The mooring of boats at Gosford is managed by Marine Rescue NSW. Please contact Marine Rescue with your concerns”.

I contacted Marine Rescue who state they do not have the authority to move on boats if the owner refuses to pay or overstays the 4 day maximum.

Some boats have been there for well over a year.

Why do they still have access to electricity and fresh water?

Council’s next big buck pass was “The NSW RMS regulates the discharge of wastewater from boats. Please contact NSW Roads and Maritime to discuss your concerns”.

Council stated that if I like they will make representation on my behalf, which I’m sure would take months.

Council’s next statement was “It should be noted that Council does not have legislative powers to undertake enforcement action for unsightly land or anti-social behavior”.

Why have we got local government?

I agree with Hernan that Council’s public wharf and The Coast Bar and Grill is an eyesore.

What a great welcome to the Central Coast; ratepayers should be embarrassed.

Locals rally to save Council assets earmarked for sale on Peninsula