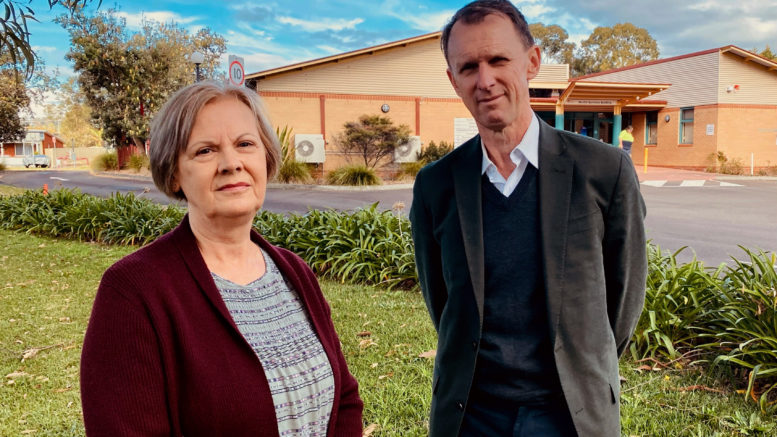 Central Coast Local Health District (CCLHD) has confirmed that the Clozapine Clinic at Long Jetty will be relocated to the Kanwal Medical Centre for the benefit of patients and better access to a range of medical experts.

The Entrance MP, David Mehan, has criticised the proposed closure of the clinic which currently operates from Long Jetty Community Health Centre.

“It’s a dangerous move which could have disastrous consequences for some of the community’s most vulnerable,” he said.

“The Long Jetty clinic currently cares for 40 people who have treatment resistant schizophrenia and are prescribed Clozapine to manage their condition.

“Patients require regular appointments for effective treatment, including blood tests, which must occur separately before attendance at the clinic, and consultation with a treating psychiatrist.”

Mehan said CCLHD advised patients of the clinic that it would close at the end of May and the service transferred to the Kanwal Medical Centre.

“The closure of the clinic has occurred without consultation with the patients or their carers,” he said.

“Kanwal Medical Centre is a private medical facility and I am concerned that the closure of the public clinic may be the privatisation of this service and that it will cost patients more.

“I am aware that many of the clinic’s patients have complained about the announced closure and the impact that it will have on their treatment, yet CCLDH’s response doesn’t address their concerns.

“Distance matters on the Central Coast and expecting patients with limited mobility to travel to Kanwal is not an improvement.

“Most patients rely on carers and NDIS services to attend the clinic.

“Making new arrangements to attend the private clinic will eat into their existing NDIS allocations and reduce their quality of life.

“Patient treatment requires regular attendance at the clinic and this is best delivered near to where patients live.”

Mehan has called on CCLHD to reverse its decision.

In a letter to Mehan, CCLHD Acting Chief Executive, Brad Astill, said the Long Jetty clinic was serviced by rotating junior doctors when available, meaning some people were being cared for by up to four different doctors over several months of treatment.

“This is not optimum care for people living with a chronic condition and it has made it difficult to establish an ongoing relationship between the patient, their GP and our service,” Astill said.

“It will also offer a broader range of holistic services in one location, enhancing the overall individual assistance.”

Astill said additional benefits of the relocation would include: improved quality of clinical care to patients by senior doctors; consistent clinical staffing and reliable clinical hours improving communication with external providers; and, therapeutic relationships with consumers as well as better co-ordination with nearby clinical services to ensure that required medical investigations, including echocardiograms and blood tests are attended to promptly as per clozapine protocols.

“It is anticipated that patients will have access to new and innovative services and programs that will become operational out of Kanwal,” he said.

“We will continue to monitor the outcome of this service and if patients are experiencing difficulties in attending Kanwal medical centre, they could discuss their concerns with their mental health case manager who can offer a range of alternative solutions,” Astill said.