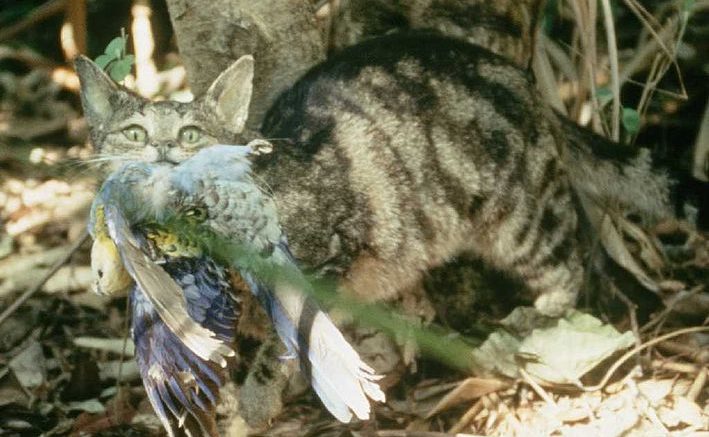 A petition is underway to amend the Companion Animals Act (1998) to confine domestic cats, according to Allan Benson, a community member of Central Coast Council’s Companion Animal Advisory Committee.

“The petition has gathered more than 5,000 signatures in the seven days since it was launched by Allen Greer, a retired biologist from Mudgee,” Benson said.

“Mr Greer launched this petition because of concerns of domestic cats being a nuisance for neighbours and killing wildlife.

“Amending the Act would be a significant milestone.

“The key to preventing cats roaming is for cat owners to realise that it is in their cat’s, and the community’s, best interest that cats be confined to the owner’s property.

“Roaming cats are killed by cars, attacked by dogs and other cats and are more likely to fall victim to diseases such as feline HIV and cat flu.”

“Based on the data provided by the CSIRO, domestic cats on the Central Coast predate an estimated 3.8 million birds, mammals and reptiles per year,” he said.

“The extensive urban/bushland interface on the Central Coast provides ample opportunity for domestic cats to interact with wildlife.”

The last local government conference passed a resolution that the Companion Animals Act be amended.

“The has not drawn a response from the Minister for Local Government, Shelley Hancock,” Benson said.

“There is legislative precedent, as the ACT passed legislation that all cats must be confined from July 1, 2022.”

Benson said the petition was available through an internet search “petition to confine domestic cats in NSW”.

3 Comments on "Cats on the Coast attack 3.8 million birds, mammals and reptiles per year"