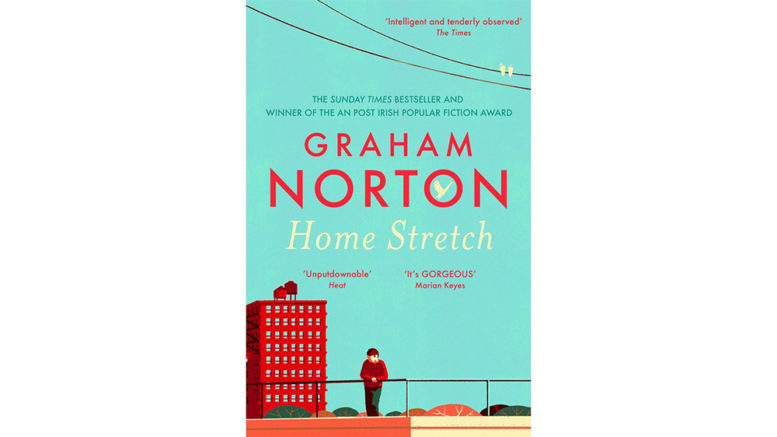 This is the third novel by Graeme Norton – yes that Graeme Norton, I didn’t know that he was an author either.

And besides fiction, he has also published two non-fiction works.

Seems the man is multi-talented.

Set in Mullinmore, a small town in Cork in the late 1980’s a group of people set out for a day trip to the beach.

Among the group is Bernie and David, who are getting married tomorrow.

Bernie is worried about getting sunburnt but David is hoping the day will take Bernie’s mind of the wedding – she is getting a little too anxious about it.

Carmel has been asked to be part of the wedding party which has caused some ire because Linda, Carmel’s sister did not get such an honor.

Carmel is hoping that the trip settles some of Linda’s anger.

The owner of the car is Martin.

He is the son of the town doctor and has a year left in medical school.

Some say he is a bit strange, a bit off, while others just think he is handsome.

The final member of this group heading to the beach is Connor.

The others don’t really know Connor well, even though his parents own the local pub.

Martin has invited him along and since it is Martin’s car, they can’t say otherwise.

On the way back from the beach there is an accident, the car didn’t manage to negotiate Barry’s roundabout, “judging from the battered roof, it had rolled once, maybe more.” There are casualties, there are injuries, there is blame.

Connor goes to court and receives a two-year suspended sentence.

His family agree that he is lucky, but he has become a pariah and the family decide that it is best for him to get out of town for a while.

His father finds him a construction job in Liverpool.

In Liverpool things go sour pretty quickly and we don’t hear from Connor again until 1995, when is turns up in London.

Martin becomes the town doctor and Ellen is his dutiful wife.

But the marriage isn’t a happy one.

Martin keeps secrets and Ellen prefers not to pry.

Her parents have had so much to deal with already with Connor that she doesn’t want them to stress about her marriage.

Fast forward to 2012 and Connor is now in New York, getting over the end of a long-term relationship.

While drowning his sorrows at the local bar he meets a fellow Irishman which will change the course of his life and make him think of the past that he has been running from for decades.

For some of us, the 80’s don’t seem that long ago, but times were different and people were less tolerant.

I really enjoyed the pace of the book and the writing.

It turns out that besides being a witty talk show host, Graeme Norton is a gifted writer.

Also, If you decide to read this book please continue onto the acknowledgements.

They are pretty powerful.

Be the first to comment on "Book Review – Home Stretch"