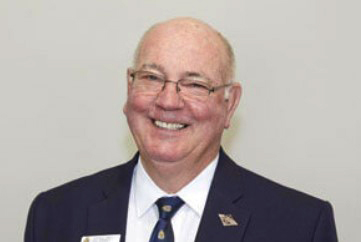 Bob Wilson of Toukley has been awarded the Medal of the Order of Australia (OAM) in the Queen’s Birthday 2021 Honours List for service to veterans.

He is a member and trustee of the Toukley Sub Branch of the Returned and Services League of Australia and has served as President since 2009.

Wilson was editor of the monthly newsletter between 2015 and 2020.

He has been a member of the NSW Branch of the Returned and Services League of Australia since 1976.

Wilson served in the Navy for just on 21 years with time in Vietnam, New Guinea and the Far East Strategic Reserve, as an engineer and a ship’s diver.

“This award should be for everybody because I’ve been supported by a lot of good committee members, family and friends, so I consider it more like a unit citation,” Wilson said.

“In the past few years, we’ve actually purchased a little place on Main Rd, Toukley, and we’ve turned it into a pensions and welfare office, which we didn’t have before.

“I thought that with all the older veterans, and the younger new ones coming through, we wanted to put somewhere together in a good environment to support them and their families.

“Also, we’ve put together a veterans’ motorcycle group to try and bring in the younger ones.

“We’ve also established a heritage listed commemorative park and cenotaph where we currently have the interred ashes of some 419 veterans, a lot of people wouldn’t know that.

“That’s all just been rebuilt and an eternal flame put around it and we’ve given it a lot of commitment,” Wilson said.

He said this was all done by members of the Sub Branch, which is completely autonomous and a totally separate entity to the recreation RSL Club.