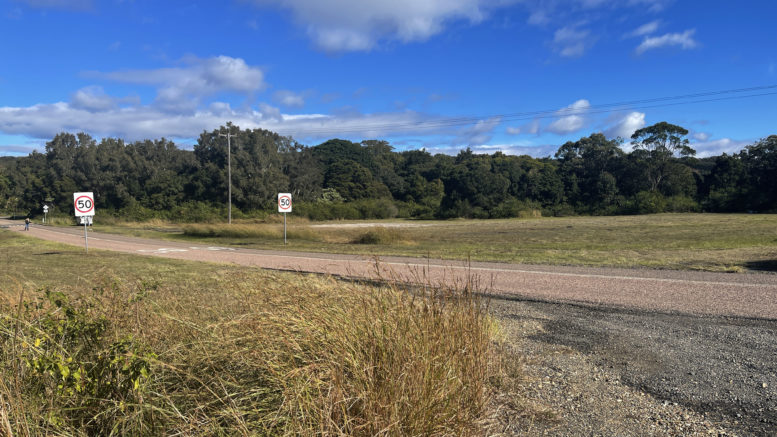 A Lake Munmorah woman has put out a warning to dog owners to be wary of dog baits placed at Catherine Hill Bay.

Cheralyn Darcey’s family is heartbroken over losing their beloved Boxers, Daisy and Lily, after a callous act of dog baiting.

“Baiting is an anonymous cowardly crime,” she said.

“For whatever reason, you should not murder two young innocent dogs or any animal.

“Daisy was three years old and Lily was two, both neutered females and they were harmless, friendly and lovely.

“For the past three weeks at around 4:30pm my husband, Paul, would take Daisy and Lily to an empty block along Flowers Dr at Catherine Hill Bay where there was signage seeming to ban everything but not dogs.

“He would let them run for about 10 minutes on that lot.

“They never went into the surrounding bush or on any other property, no one ever complained, he picked up their droppings and he enjoyed watching them silently play.”

On Wednesday, June 9, Paul visited this spot at the same time he always did and parked in the exact same spot he always did.

“He and the dogs jumped out and he noticed they seemed to be eating something right next to the car,” Cheralyn said.

“It was a folded piece of bread and he thought it odd but didn’t think longer into it, his dogs were playing and they seemed fine.

“When they got home the dogs had dinner and went to bed.

“At 5am I was awoken by one of the dogs running around banging herself into the walls.

“I won’t describe the next hour to you as this horror is not something I want anyone to go through, even in my account.

“We rang a vet and was told it was too late.

“An hour it took for our two girls to die in uncontrolled convulsions and terror while we stood by helpless.

“We have since found that the bait was made to be attractive to dogs and was rat poison.

“Whoever did this, I don’t know if you hate dogs, but if there was a problem you could have spoken to my husband, called the police or the council, instead of murdering innocent dogs and destroying a family the way you have destroyed us,” Cheralyn said.

She said she wanted to tell her story to let the baiter know the devastating effect that their cowardly, callous actions have had on a family, and to warn others to be wary of the dog baiter at Catherine Hill Bay.