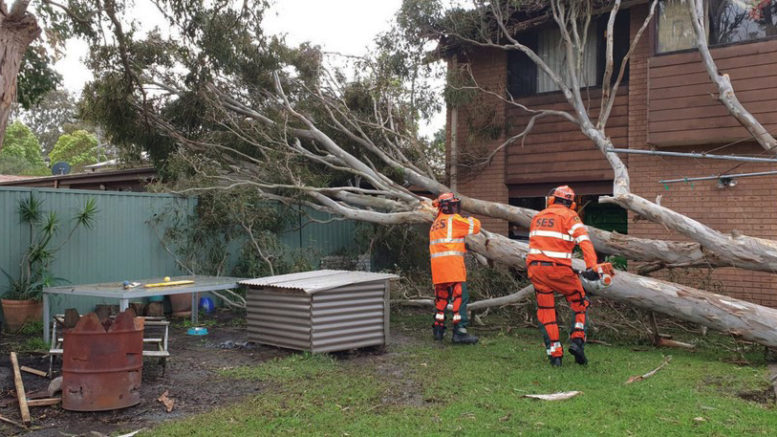 The Wild Weather Tracker, a seasonal analysis of insurance claims data showing the impact of severe weather, has placed Berkeley Vale as the most affected area on the Central Coast.

New Autumn data shows Central Coast as the fifth worse in NSW affected by wild weather and the most impacted towns are Berkeley Vale, Terrigal, Bateau Bay, Gwandalan and Kincumber.

Of the 16 NSW regions, Central Coast came in 12th in terms of how well residents were prepared for severe weather events, according to the NRMA’s Autumn 2021 Wild Weather Tracker report.

The NRMA tracker report says that NSW experienced its most damaging Autumn for more than five years with 76 percent of all home claims the result of severe weather.

Gallagher said the NRMA created the tracker to help communities understand that wild weather was getting more severe and happening more often.

“However, we can learn from these events and people can take practical steps to be better prepared which could ultimately help save lives and property.”

Yet only 39 percent took steps during Autumn to prepare their homes and families and 41 percent said they didn’t feel ready to respond to a severe weather event.

NRMA Insurance and the NSW State Emergency Service (SES) have partnered on disaster preparedness with the First Saturday campaign.

This campaign encourages people to dedicate one Saturday every month to carry out a small task to make their homes safer.

The June and August tasks are focussed on getting storm ready, by tying down any loose items in the yard, such as outdoor furniture, which could make a big difference when a storm hits.

In July, it’s all about getting the home fire ready, by checking electrical appliances.

“Taking the time now to prepare can go a long way towards keeping you, your family and even your animals safe, when the next severe weather event hits.

“There are a lot of handy resources available on the SES website that can help guide people in what they can do now,” York said.

The most impacted region by severe weather was the mid north coast, followed by Newcastle and the Hunter Valley, then north-west Sydney and the Blue Mountains, then central northern Sydney, with Central Coast coming in as the fifth most impacted.