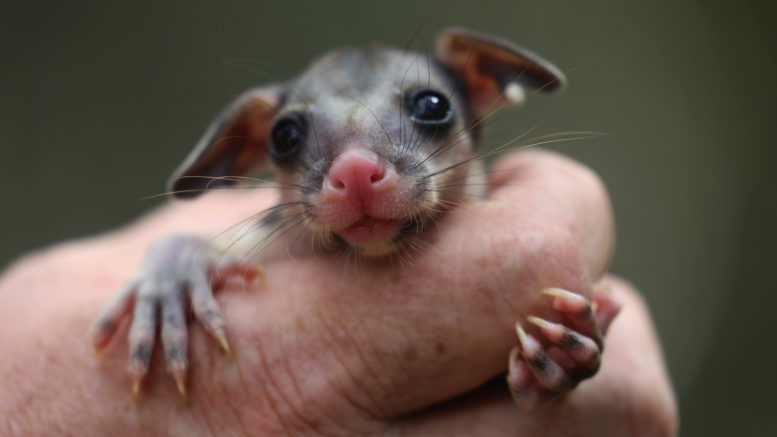 I am a native animal rescue volunteer here on the beautiful Central Coast based in Umina.

I have seen first hand the large amount of native animals that come into our organisation’s care through destruction of their native habitat; displaced animals that have nowhere to go and so end up in trouble.

More and more I see vulnerable, threatened or endangered species coming into our care including the Eastern Long Eared Bat, the East Coast Freetail Bat, the Eastern Pygmy Possum, the Brush Stone Curlew, the Little Lorikeet and the Grey Headed Flying fox.

Each one would be using any of these reserves up for sale on the Coast, either for habitat or for food.

I get called out often to rescue animals that have wandered in to people’s homes looking for a place to sleep, as we humans encroach more and more on their habitat and way of life, cutting down more and more of their trees and habitat they sleep and forage in.

Members of the public get distraught and sometimes so emotional that the animal has come into their home, that I have to play the role not only as animal rescuer, but as councillor and negotiator too, usually in the night.

Our carers, particularly possum and glider carers, must go out every night, sometimes in the rain, to gather foliage, native fruit and flowers for their animals in care.

Most of these reserves are where they find them.

Members of public can sometimes become abusive when they see carers picking from their verge trees and bushes, so the more the carers can gather from reserves the safer it is for them.

I am very upset and sad that Central Coast Council is yet again making less and less native habitat available for our animals and that can only mean more animals coming into care.

We are over burdened as it is; we don’t get paid, we are volunteers who do this out of compassion and love for our beautiful native wildlife.

But we also get burnt out with trying to cope with the large amount of animals we have in care every day.

There is always a consequence to an action; the sell off of our last remaining reserves would mean more displaced native animals, more animals coming into people’s houses and more burden on our volunteers.

Not to mention that the Central Coast will go from being a green place to live, renowned for its natural beauty, to being a concrete jungle.

I for one don’t want to live in concrete.

I ask and beg that you put a stop to the selling off of these reserves; give nature a chance to settle and grow, and us a chance to breathe.

Don’t be too hard on councillors

3 Comments on "An open letter to Central Coast Council"