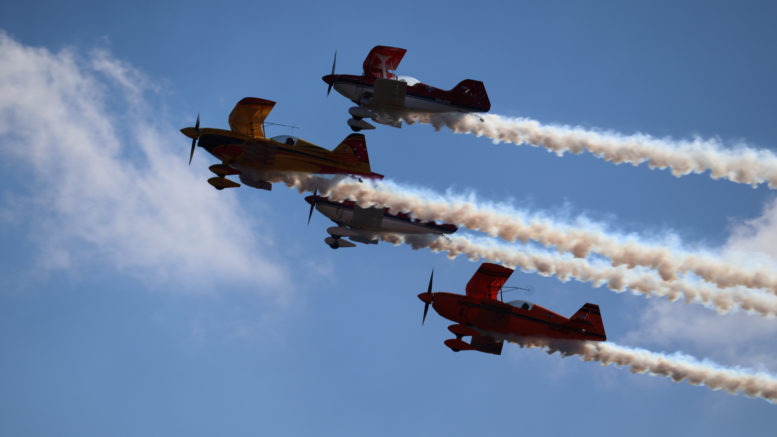 The recent air show at Warnervale was deemed to be a resounding success, but certainly not for the people living in the area who did not ask for it.

I chaired the Wattanobi Warnervale Precincts Committee for over 20 years and there was never ever a request for an airport, let alone an air show.

What the people wanted, and still do, is for the upgrading of the Pacific Highway through Wyong, the completion of the back road, the new railway station north of Warnervale promised by 2007, and the new shopping centre of which $23M has already been spent on the upgrading of Sparks Rd.

I understand that from the exhausts from all jet aircraft, there is a cancer causing substance which could get on my roof, and not being on town water, where does this leave me and all who are not on town water supply?

There were four jets that flew over my house so low that I thought they would hit the trees, not to mention the noise which was both frightening and deafening.

As a result of the air show, all the residents in the area got was unnecessary noise, disturbance of the tranquillity of the area and frightened birds and animals.

It should also be noted that the Federal Government, in its recent budget, has allocated money to Newcastle Airport, not Warnervale.

Warnervale Airport Restrictions legislation needs to be seen in context