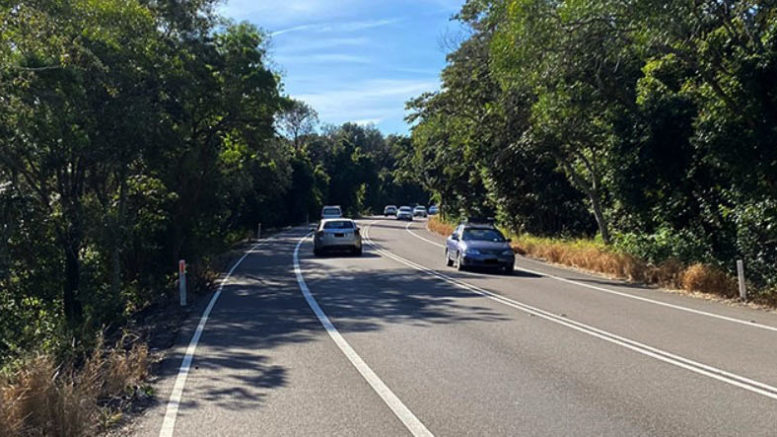 Major road work has started on a four-kilometre length of Wilfred Barrett Dr, a key connector road from The Entrance to Noraville and northern suburbs, which carries about 17,000 vehicles a day.

The NSW Government is investing $22.5M through the Safer Roads Program to upgrade the stretch through Magenta between Wyuna Ave and Pelican Beach Rd.

Aimed at reducing the risk and severity of crashes, the work will include widening Wilfred Barret Dr to provide a one-metre wide central median as well as three-metre wide southbound shoulders and roadside safety barriers.

Rumble strips will also be installed along the centre and edges of the road to alert drivers when they are drifting out of their lane or off the road.

The project will also provide right-turn bays into Pelican Beach Rd and the carpark for the Red Gum walking track.

Parliamentary Secretary for Central Coast, Adam Crouch, said Wilfred Barret Dr was one of the busiest roads on the Central Coast.

“These safety measures have been shown to reduce fatalities and injuries caused by head-on crashes by up to 65 percent, which is why the NSW Government is making a significant funding contribution on this notorious road,” he said.

The funding announcement came just days after a cyclist was killed in a collision with a car and this stretch of road is the scene of many head-on vehicle collisions over the years.

“This is a popular road for cyclists, and I appeal to them to ride single file, while I also encourage motorists to drive to the conditions and be mindful of the cyclists along the road,” he said.

Work on the safety upgrades will start from the northern end of Wilfred Barret Dr, near Pelican Beach Rd, and will move gradually south towards The Entrance North over the next 12 months.

Already, tree and vegetation clearing has begun beside the southbound lanes.

Artspace Pop Up Gallery launches at The Entrance