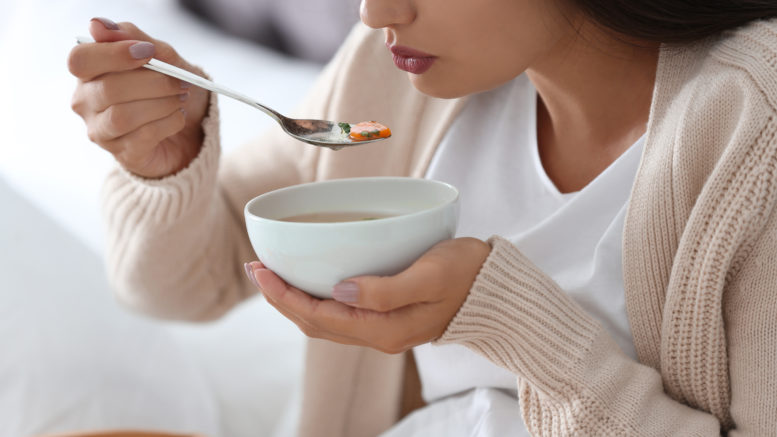 This week, in our six part series on birth, we’re delving into the topic of postpartum nourishment with a discussion of recovery nutrition.

The idea of setting aside several weeks or more for postpartum recovery has been standard practice worldwide for many thousands of years. An Ayurvedic text dating back to 400 BCE states that “a new mother should be treated with massage, warm baths, a specific diet and herbal drinks that prevent infection and promote vitality”.

Some cultures believe that if women are neglected during the postpartum period, the adverse effects can remain into her menopausal years and beyond.

Healing in the postpartum period

From a logical perspective, it’s clear that there are significant shifts going on during this period, however far too many of us underestimate the impact of these changes on the new mother and consequently, our expectations during this time are often mismatched.

All women in the postpartum period are effectively healing many ‘injuries’ of sorts – even if the birth has progressed very smoothly. Regardless of the type of birth, there are various tissues that have been stretched, bruised or surgically damaged that the body needs to repair and rebuild.

Also, let us not underestimate the requirements that come from healing a dinner plate sized open wound where the placenta has come away from the uterus! In what instance would we expect someone to be doing any type of physical activity, let alone housework, if the wound was somehow visible to us?

Many women have experienced blood loss during labour or may have been malnourished prior, but in any case, the birthing process is a marathon that depletes the body of many nutrients which urgently need to be replenished in the following weeks.

In addition to healing, if she’s breastfeeding, the new mother is still solely responsible for nourishing the new baby. This increases her energy needs by around 2000 kJ per day and requires an additional 478 calories per day.

Many women tend to simply return to their usual diet however this can lead to rapid malnourishment! Nutrients that are often depleted during and post birth include iron, folate, calcium, potassium, vitamin D, vitamin A and carotenoids, magnesium, iodine, omega-3, phosphorus, zinc, DHA, choline, B12 and selenium.

Traditional practices for the postpartum period

If we refer to the practices of traditional peoples around the world, they generally set aside many weeks of rest and recuperation and include a very specific diet to restore the new mother and promote the production of good quality breastmilk for her baby.

Whilst these diets vary depending upon which region they’re native to, they all share common principles: they are exceptionally nutrient dense and easy to digest, they are warming and they are specifically chosen to promote healing and lactation.

What’s important to note is that every single traditional culture prioritised animal foods as a central pillar of postpartum nutrition and we now know that this is likely because they provide crucial nutrients that cannot be easily attained from the plant kingdom.

Due to misinformed industry-driven advice, we have now deviated so far from anything that even resembles a traditional diet that many of their common practices would seem excessive in this day and age.

For example, in China, a rotation of different meats and organ meats are served daily and another traditional practice during this period is to include 10 eggs per day!

While these practices might seem a little outlandish to us, these traditional foods are the richest sources of all the nutrients that modern science now emphasises are the most important for mother and baby.

Bone broths, which are a digestible powerhouse packed with nutrients essential to tissue repair, such as glycine and glucosamine. Any soups and stews based on broth are the perfect food for mothers in this period, especially if they include warming spices such as ginger (a traditional medicine specifically included for the promotion of breastmilk) and cinnamon. Curries are an obvious choice as the can be a delicious vehicle for both of these elements, which is why they’ve been part of the traditional postpartum diet through much of Asia.

Nutrient dense organ meats provide impressive amounts of most of the nutrients required during this period. They’re rich in minerals, especially iron, selenium and zinc; the fat-soluble vitamins A, D, and K2, choline, folate and the rest of the all-important B vitamins (a single serving of liver provides over 100% of the daily requirement of B12)!

Getting enough protein is of critical importance in this period and is quite difficult to achieve if it’s not prioritised. When paired with broth, smaller amounts of meat will suffice, because broth is a ‘protein sparer’, allowing a full spectrum of amino acids to be present. There’s 12 grams of protein in a single mug of plain bone broth! This is such an easy and nourishing food for new mothers.

Other nutrient dense forms of protein that also provide necessary micronutrients (such as choline, DHA and iodine) include slow-cooked meats, seafood and pastured eggs.

Seaweeds, leafy greens and other vegetables are wonderful to incorporate with each meal, but not in their raw form, according to traditional systems of medicine like Ayurveda and Chinese Medicine. The ideal way to include them is well-cooked as part of the aforementioned stews and curries as this promotes better digestion.