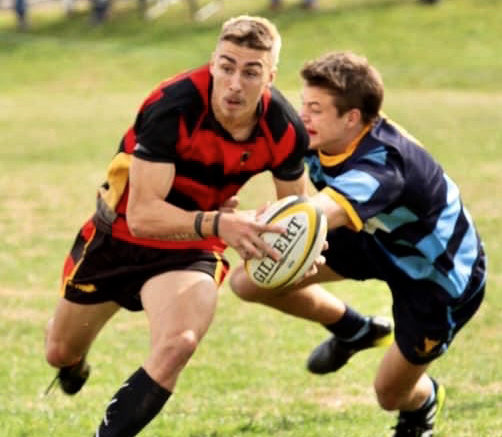 Two young players for the Under 18 Terrigal team have been selected as part of the NSW Country team after the weekend’s Country Championships in Armidale.

Jordan Julias and Harry McWilliam are the two players who have been recognised for the quality of their game this season that started back in January.

At that point, pre-season matches began with the club’s Kaiden Colts program that saw the two players, along with their team mates, take on extra initiatives including a daily gym session and community service once a week.

The season proper then began in April with the U18 Terrigal side playing in the Newcastle competition.

“As well as playing for the Under 18’s, both have had exposure in the Opens grade, identified as future prospects within the club,” Appleby said.

“Jordan plays in the centres, but can play anywhere in the backline, his strengths are his defence and pace.

“This is my first year of getting to know him, he’s super keen to learn and just loves playing and training, one of those guys who’s always seeking to better himself.

“He’s a guy who has put in a hell of a lot of work both on and off the field.

“He’s very adept at all aspects of set piece, a work horse, one of the few guys who you know you’re going to get the full game time out of every week.

“For Terrigal he plays as a hooker and he’s been selected in that role for NSW Country, but he’s adept anywhere in the front row and as a loose forward.”

According to Appleby’s intel, both players made a great showing throughout the whole weekend of the Country Championships.

“It is a fairly big step from playing for club to playing representative for Central Coast, and then an even larger step to play at a NSW Country level.

“But they both have the skills and attributes and, in my view, both will relish that opportunity and I don’t see any reason why, if they keep stepping up as they have done throughout the course of this year, they couldn’t go on to play at a level (beyond NSW Country) in the future.”