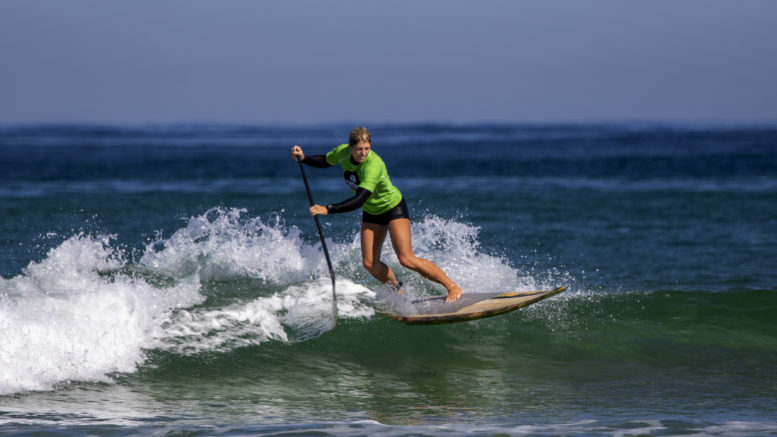 Competing from Sunday to Monday, May 2 – 3, Terrene came up against five other paddleboarding competitors and faced serious competition from Skyla Rayner, who won the second heat with a score of 12.17.

However, it was the Heat One two wave score of 16.23 that secured Terrene victory, overcoming Rayner’s Heat One score by 5.46 points.

The win follows her previous wins in the Open Women 14km SUP Marathon and the technical race, earning for Terrene a clean sweep across all the divisions that she competed in and a spot to compete in the 2021 Australian SUP Titles to be held later in the year.

For Terrene, the ultimate pleasure was in being able to compete in local competitions after all the postponements and cancellations over the previous 12 months.

“We’re just really lucky to get these races in and share the love of the sport with all the fellow competitors whilst getting away for a few days.

“It has also given me the motivation to continue training and keep fit.

“Although I’m pretty strong with the racing, it was a bit of a surprise to come away with three wins.

“I’m a bit hit and miss with the SUP surfing but I managed to get the good waves and come away with the win, which was pretty cool.”

Now, Terrene is preparing for the Australian SUP Titles by continuing her training in paddling and surfing whilst balancing raising a newly born baby at home.

“I just get in the water when I can and do my best,” concluded Terrene.

With time still to prepare, Terrene has every chance of performing well when the Australian Titles roll in.