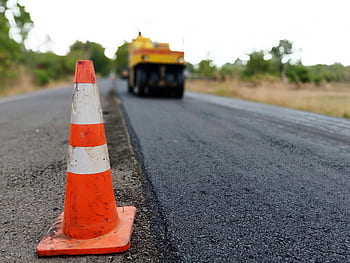 State-designated roads Central Coast Council wanted to have included in the NSW Government’s takeback program have not made the priority round.

Local Government NSW (LGNSW) President, Cr Linda Scott, said in the lead-up to the 2019 state election LGNSW secured a commitment from the government to take back maintenance of 15,000km of state roads in regional areas.

It was to be part of a broader package of support for local councils to better manage and maintain the rural road network.

Cr Scott said councils across NSW had been made responsible for maintenance of about 90 percent of the state’s 168,000km of roads which was a “major act of cost-shifting”.

“What followed after the election was an extensive review of which roads the government should take back, with councils across NSW applying for roads in their area to be considered.

“An independent government panel has now reviewed all the applications and made its recommendations.

“Unfortunately, the Minister for Regional Transport and Roads, Paul Toole, has had this report on his desk for a long time now and has not indicated when or if he will release this report publicly.

“It is well past time for the government to make this report public, start consulting with councils and act on it,” Cr Scott said.

In late September 2020, Central Coast Council made a submission to the NSW Government’s Regional Road Transfer and Road Classification Review and nominated the transfer and reclassification of numerous roads across the region.

Prior to lodging nominations, Council officers attended consultation sessions led by Transport for NSW representative and subsequently reviewed the Central Coast road network, in collaboration with neighbouring Lake Macquarie Council, to develop a list of roads for nomination.

Council was informed in November 2020 that the Central Coast roads were not in the priority round, however, would be included for consideration in the full submission round.

“The NSW Government advised that combining the transfer of regional roads with the Classification Review would ensure equity and transparency in all changes and support the development of an integrated road transport network,” a Council spokesperson said.

Council is awaiting the outcome of the independent panel review process and will then be in a position to identify the impacts on Council’s finances, the spokesperson said.

LGNSW’s Cr Scott said it was critical that no council be left worse off at the conclusion of the consultation and takeback process.

“What concerns me is the possibility that the State Government’s council road maintenance funding would be cut as part of the takeback process.

“That would be incredibly unfair given the massive cost burden councils carry and how much they rely on support funding from the state and federal governments.

“It is not only critical that the government releases the roads being earmarked for takeback, but also commits to fund the transfer process and that no council will be financially worse off.

“The government should commit to ensuring councils continue to be awarded the repair and maintenance contracts for the roads that are handed back, to support local jobs.

“It is vital that is not put at risk by any change in road maintenance funding,” Cr Scott said.