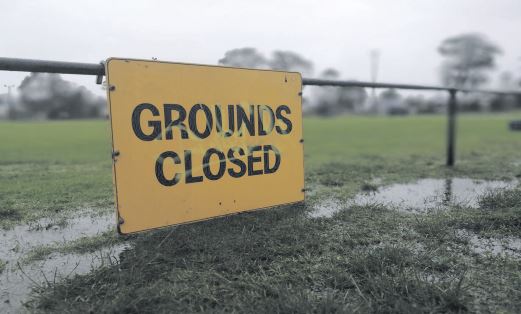 Sporting clubs across the coast already reeling from the loss of sponsorship from local businesses and increased cleaning costs due to Covid-19 rules are now facing a proposed increase of charges from Central Coast Council.

The Central Coast Sports Council is dismayed at increases of up to ten per cent for the use of playing fields which it says is unfair when commercial operators such as circuses and personal trainers using public spaces are only facing increases of 1.5 per cent.

Some competitions did not proceed but the cost for implementing Covid-19 rules for competitions that went ahead ranged from $831 to $9,500.

The money covered weekly cleaning by contractors, sanitiser bulk purchases, sanitiser kits for rep teams and play areas and fencing to control people in and out of games.

This resulted in a significant financial impact to members’ finances, which ranged from $2,000to $26,500.

The majority of members indicated registrations were down 10 to 80 per cent.

The winter competitions were reduced to a maximum of 13 weeks – about half the normal season.

And about half the members of the Sports Council lost volunteers.

Since amalgamation, Council fees and charges have increased dramatically and the maintenance undertaken by council on facilities has decreased, with codes/clubs picking up the slack.

After amalgamation, a training fee was introduced across the coast and the seasonal fee for training including lighting was changed to $1,200 per field per night for the season.

The effect on each code was different depending on usage, but all had increases ranging from 71 per cent to 255 per cent.

All codes and clubs undertake maintenance on their allocated competition grounds.

This is on top of the fees they pay to Council for ground hire.

Cricket clubs must prepare their own turf wickets, which means they must have equipment to undertake the preparation of the wickets. These include a roller, mower, hoses, as well line marking equipment and a curator.

These cost about $4,500 per year per turf wicket, depending on curator’s cost.

Council has said the future maintenance on sporting fields will be reduced.

“Netball contributes between 50 – 100 per cent for the relaying of their courts every three to three and half years,” he said.

“Field based sports are easy targets – you cannot use a sporting field unless you book it with Council and then you are charged to use it.”

Meanwhile, sporting codes that are non-field based can use Council facilities at no cost.

“As the former Administrator stated recently at a meeting, Council owns the water, but no one is charged to launch their boats or run competitions,” Sohier said.

He said there were sporting facilities run by Council such as 30 tennis courts.

“The cost to maintain these facilities are included in the recreation budget, but council does not charge for their use,” he said.

The Sports Council is asking Council to reconsider its proposed charges.

Specifically, it is asking for the same increase as the commercial operators of 1.50 per cent.

Also, it wants Council to introduce a new seasonal rate for using lights for about 2 – 2.5 hours per night.

Currently all clubs have to pay for five hours.

“We request that Council establish a seasonal lighting fee that allows for codes/clubs to use lights for 2.75 hours or less for $31.40 per night or $628.00 per field per season,” Sohier said.

He also wants the bond clubs have to pay to remain at its present level.

Now Council wants to increase that by another $100.

A report will go to a council meeting in the near future.

Council should focus on productivity

Ratepayers are losing their assets