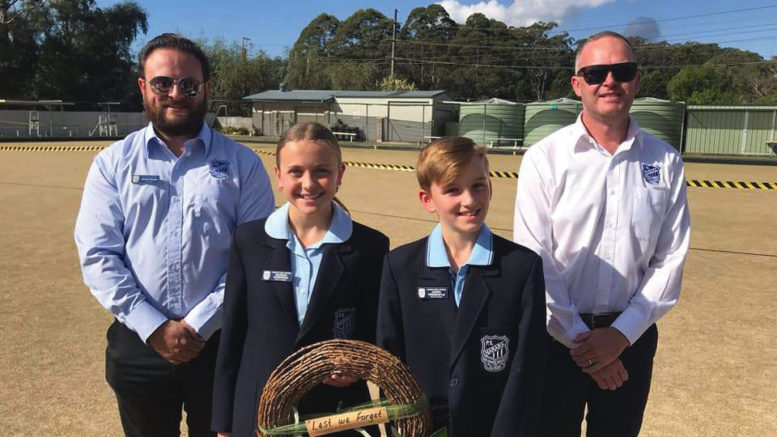 Youth across the Central Coast showed respect to those who served by holding ANZAC Day services at school or attending public dawn services.

Narara Public School held a service during school hours and laid a school wreath on April 22 to honour those who had fallen.

The school captains also attended a service at the Ourimbah RSL on April 25.

Students from Kincumber High proudly represented their school by attending the dawn service at Avoca Beach.

Members of the Terrigal High School leadership team attended the dawn service at Terrigal, and the captains spoke at a ceremony at Breakers RSL at 11am.

The Gosford High School leadership team ran a service for the whole school on April 28.

Teachers congratulated the following students for their participation in the ceremony; Elwin Yang, who was the cadet who stood vigil, Lilliana Davis, who sang a wonderful version of the national anthem; Jackson Hood, who performed the Last Post on trumpet; and Jaden Bridgland who played Reveille also on trumpet.