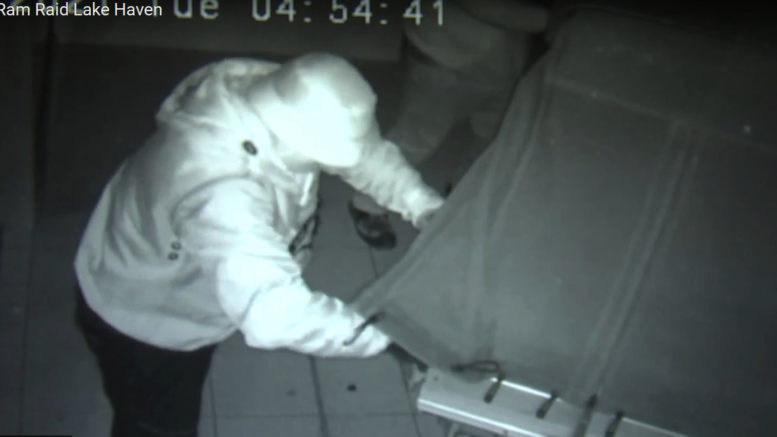 Officers attached to Tuggerah Lakes Police District are investigating following a ram raid at a cinema at Lake Haven on May 4.

Just before 4am police attended Forrow Dr following reports of extensive damage to the front glass doors of the cinema.

A crime scene was established, and officers obtained CCTV footage of the incident.

The vision depicts a white Toyota Hilux table top with a green canopy reversing into the doors.

Two men are seen to remove a cash machine from the location and load it into the rear of the ute.

The men are described as both having large builds, wearing long pants and long sleeved shirts with their faces covered.

The Toyota Hilux has NSW registration CX37FQ and was stolen from Robertson St, Carrington, on Monday, May 3.

Dangerous driving with 7-month-old child in the car

Headspace helps build careers but not in Wyong