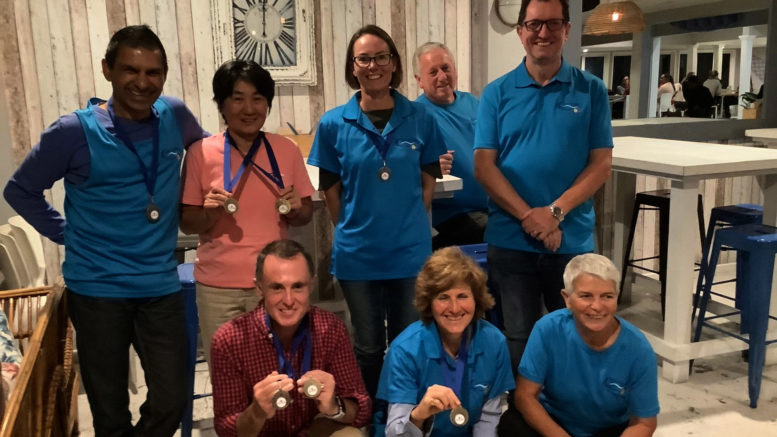 It may seem like an odd name, but the sport of Pickleball is taking the Peninsula by storm.

The game had its origin in the United States in the 1960s and is a combination of tennis, badminton and table tennis.

Players use a “paddle” to hit a plastic ball across a net on a modified tennis court.

All ages can play Pickleball in either singles or doubles matches.

The Central Coast club recently formed and plays regularly at The Peninsula Leisure Centre with approximately 50 members ranging in age from 11 to 80.

Eight of the club’s players represented the Coast at The NSW State Championships in Sydney in late April, coming away with three gold medals and two silver.

One player also participated in referee training and became chief referee for the weekend tournament.

Apart from competing in tournaments and winning medals, club members meet regularly to simply enjoy the physical exercise and social interaction which the game provides.

To see the game in action visit The Peninsula Leisure Centre on Saturdays from 1pm-3pm or Mondays from 10.30am-12.30pm.