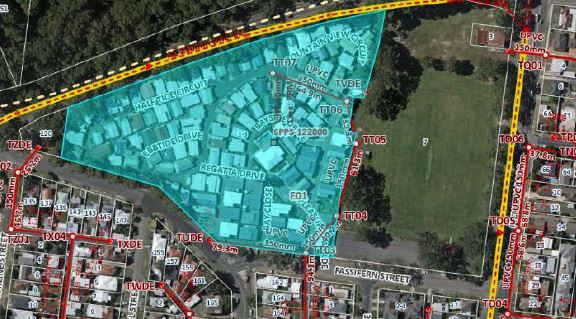 Community land across the Peninsula – including green spaces, a retirement community and a sports oval – is set to be reclassified and sold off as part of Central Coast Council’s ‘solution’ to solving its financial woes.

The Council first released their ‘assets sales program’ as part of its financial recovery plan at the April 27 Council meeting, with many members of the public unaware of the looming auction.

With growing anger in the community, Council swayed on their decision to sell off the assets, and quickly announced a formal community consultation process into the list of sites.

Residents have until May 21 to provide feedback, view the location and a description of the land parcels by visiting yourvoiceourcoast.com.

Council Administrator, Dick Persson, agreed with community requests for a community feedback process after an outpouring of community anger, as characterised by the protest outside the Council’s Chamber in Wyong on April 27.

Persson said he regretted his handling of the matter which had caused widespread concern amongst the community.

“This is not a ‘fire sale’ as some are claiming – any properties sold will be at market price or better, and the market is very strong at the moment.

“I can assure residents that all due diligence is being undertaken in this process.

Included in the plan is a 1,725-metre squared combined lot at 23 and 23A Memorial Avenue in Blackwall.

The block of land was first acquired by Council between 1954 and 1958 for road widening purposes.

Council said they identified there would be a medium environmental risk of selling, with the site not falling within any key habitat for threatened species.

It is however located within the Gosford Bushfire Risk Prone Land.

Gosford City Council had a previous resolution to sell the land in 2015.

Vacant land at Umina will also be up for sale with Council planning to repurpose the land for houses.

The two lots at 83 and 85 Brisbane Avenue is currently classified as a public recreation zone, but Council say there are no plans to build a park or a playground on the site, citing a local park 300 metres away.

In a social media post, the Central Coast ACF branch expressed its concerns over the proposed selling of the two blocks.

“This land was protected in 2015 by the community and now the community are defending its right to exist as passive open space, urban biodiversity and reducing the urban heat island impact,” the branch said.

“It has over 20 established trees and remnant UCSW vegetation.”

Council have also said they have received an unsolicited proposal from the Peninsula Plaza to purchase an area of approximately 4,130-metres square of land on 1 Austin Butler Acc.

The Plaza said they plan to expand their carpark and centre and this potential upgrade would help ensure the viability of the Plaza as a whole.

Council say they will resolve to reclassify the land as operational and will not sell it for less than a market valuation to the Plaza.

The land was first acquired by Council in 1968 for the purpose of preserving a public reserve, with Council now describing the site as a ‘large irregular land area majority of which is forested, dissected by an access road which services the Austin Butler Oval carpark and facilities.’

Council said any development of the site would be subject to approval and a traffic study, with the access road and public parking to be retained as part of a condition of the sale.

A spokesperson for Coast Environmental Alliance, Harvest Beaumont, said the group was insisting council pull reserves off the list off assets to be considered for sale.

“We recognise that Council has a need to sell some surplus assets at this time, but we absolutely do not accept that our community’s public reserves and playgrounds should be included in the sales,” Beaumont said.

“Trees within the urban environment are of critical importance to our native wildlife.

“Our council needs to be working towards planting more trees and creating more green spaces within our urban centres – put simply, we just can’t keep cutting trees down.

“Small pockets of so-called ‘vacant’ land, which are currently vegetated, provide shade, food and water sources, landing/roosting sites and, in some cases, safe corridor for a surprising amount of native wildlife.

“It’s our community that will lose out, as well.”

Also in the Woy Woy area, 7 & 9 Angler St has also been identified by Council but will need to be reclassified and rezone prior to any sale.

The 1,744-metre squared lot is currently classified as a public recreation zone but will need to be rezoned as residential zone in order to be consistent with the adjoining and surrounding residential properties.

A retirement facility at Ettalong Beach is also up on the chopping board.

The site at 1-3 Fassifern St would need to be reclassified from a public recreation zone, to a residential one prior to its sale.

Council say there will be minimal community risk with the sale.

Remember, the public exhibition close at 5pm on May 21 so get in early to provide your feedback on the list of assets for sale.

More information can be found at yourvoiceourcoast.com.

Over 4,000 submissions received by IPART on rate rise

Desalination plant back on the drawing board