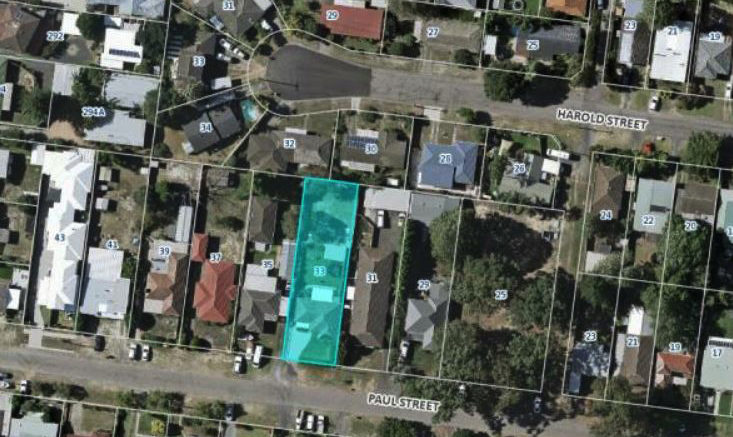 The dual occupancy dwelling will be built on Paul Street, Umina Beach

Plans for a double-storey dual occupancy duplex on Paul Street, Umina Beach have been approved under delegation by Central Coast Council.

In the proposal, Kurmond Homes, on behalf of the applicant, describes plans for the demolition of the existing dwelling, the construction of an attached dual occupancy, and the approval of a 2 lot strata subdivision.

According to plans, the building has been designed to appear as a single dwelling when viewed from the street, with each dwelling consisting of a single garage, four bedrooms, one kitchen and a family dining room.

Along with a single garage, further parking spaces will also be provided within the proposed driveway area.

With a building height of 7.7 metres, the dwellings will feature a mix of materials including brickwork, render and concrete tiled roofing.

In the report, the applicant said: ‘the overall design will be aesthetically pleasing and in keeping with the existing neighbourhood streetscape … and [will] compliment the general neighbourhood’.

However, these dwelling are undergoing redevelopment via dual occupancies and residential flat buildings.

The applicant is requesting the new home be considered and approved under the Strata Title subdivision.

At an estimated cost of work of $867,815, the applicant said construction would not require the removal of any existing vegetation, however ‘Tree Protection’ requirements would be enforced for the existing tree located at the front right boundary of the property.

One public submission was received in relation to the application, with a comment from an adjoining property requesting for any windows viewing into their property be opaque and that shade trees be retained.

Following the submission, a condition has been included in the consent requiring obscure glass to be used in the windows on the northern elevation of the master bedrooms of each unit.

Indoor pools reopen with some limits