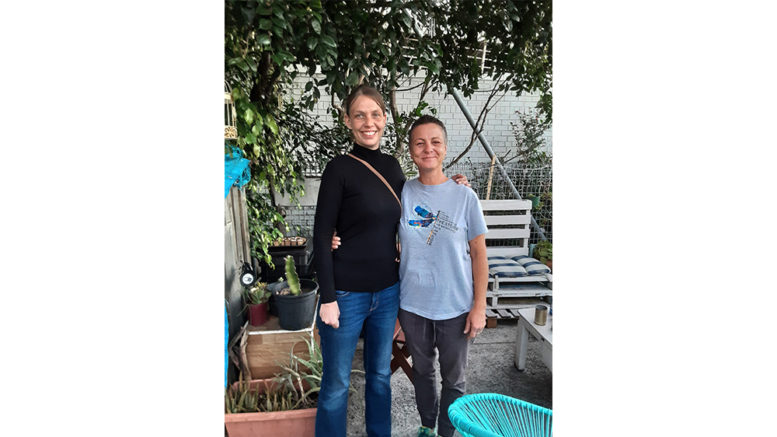 The Indigenous Party of Australia, currently in the process of becoming a registered political party, has joined the groundswell of opposition to a development project planned for sensitive land at Kariong.

The Darkinjung Local Aboriginal Land Council (DLALC) proposal for a 70-home housing development in Woy Woy Rd is currently under consideration by the NSW Planning Department, with a campaign spearheaded by Coast Environmental Alliance and some members of the Central Coast’s Indigenous community saying the plans would encroach on culturally significant land.

DLALC has questioned the cultural authority and status of some Aboriginal groups in the community, with much of the controversy centred around the use of the term Guringai in defining Indigenous residents on the Coast.

“(Local government) on the Northern Beaches faced a similar dilemma and provided a report clarifying the status of the Guringai,” a statement from DLALC said.

“In short the report found that the Guringai in Sydney and the Central Coast were a fiction and discredited the problematic anthropologist (who coined the name).

“Furthermore the ‘Guringai’ made an application for Native Title on lands including on the Central Coast and had to discontinue their application.”

Bur Coast Bloodline Custodian, Tracey Howie, a descendent of Traditional Custodian of the Central Coast, Bungaree, said the term Guringai was coined by a 19th century linguist, but so were many names of Aboriginal tribes and clans, such as Wiradjuri and Kamilaroi.

“We have just as much right to use the name as anyone whose ancestors were described by that name; it’s just a name,” she said.

“Our tribal group, known by linguists as ‘Guringai’, is represented by hundreds of other Aboriginal people throughout the Central Coast, Newcastle and Sydney regions.

“I was disgusted to see DLALC publicly describing our People as a ‘fiction’.

“To say that this is deeply offensive to our Elders would be a vast understatement.

“Several Aboriginal groups were described by European linguists as Guringai, with multiple spellings of the name; (DLALC has provided) absolutely no evidence to prove we aren’t the First People of the Central Coast.

“Some of the main Aboriginal clans in the Central Coast region are the Garigal, the Wannangini, the Walkaloa and the Wannabe.

“To the North our neighbours were the Awabakal, to the South, the Darug, and to the West, the Darkinoong.”

The DLALC statement also said the development in question is not adjacent to the Kariong Sacred Lands and imposes no threat at all to any Aboriginal sites.

“Darkinjung is seeking to exercise our right to self-determination for our community under the Aboriginal Land Rights Act 1983 and as the Cultural Authority of the Central Coast we reserve the right to preserve and protect our culture and prosper in post-colonial Australia which are not mutually exclusive,” it said.

But Howie said the proposed development was “certainly in the vicinity of Kariong Sacred Lands”.

“My ancestors lived and died on this land for thousands of years, and my People consider this part of Kariong, including the land DLALC (wishes) to develop, as sacred,” she said.

Howie joined with Coast Environmental Alliance (CEA), the Indigenous Party of Australia and other Traditional Custodians at a rally against the development at Gosford’s The Rhythm Hut on April 24.

CEA founder, Jake Cassar, said the land in question also has endangered wetlands, and is listed by the State and Federal Government as an Area of Regional Koala Significance (ARKS) due to the specific varieties of eucalypts it contains.

“In relation to DLALC claiming that there are no cultural sites on the portion of land they are trying to develop, I was told in no uncertain terms by the Department of Primary Industries and Environment (DPIE) that a cultural site was indeed discovered during the investigation into illegal clearing (which took place on the land last uear),” Cassar said.

“I have offered to meet with DLALC on several occasions to see if we can find a resolution, but to date my offers have been outright rejected.”

Central Coast indigenous woman and member of the Indigenous Party of Australia, Renee Sales, said traditional owners were concerned that sacred lands were at risk.

“The problem with this kind of development is that once our traditional beautiful land is destroyed, it cannot be put back,” Sales said.

“I have written to Darkinjung Lands Council a number of times but they never reply.

“We would be happy to sit and yarn with them to find a solution, but all we get is a wall of silence.

“There is plenty of land on the Central Coast that could be developed for housing – land which is already degraded.

“We know that both Indigenous and non-Indigenous people on the Central Coast want to see as much of our bushland preserved as is possible; this issue concerns all Coasties – those who want to keep our black history as well as those who want to preserve the beauty of the Coast.”

Indigenous Party of Australia Executive, Lawrence Brookes, called on DLALC to “stop this madness and leave the Kariong Sacred lands alone” at the rally.

“The Kariong Sacred lands are of great importance to a number of Indigenous nations,” he said.

“They were the meeting place for combined ceremony and for the trading of goods.

“Tribes from as far away as Bathurst were believed to have participated.

“It was a place of peace, for sorting out differences.”