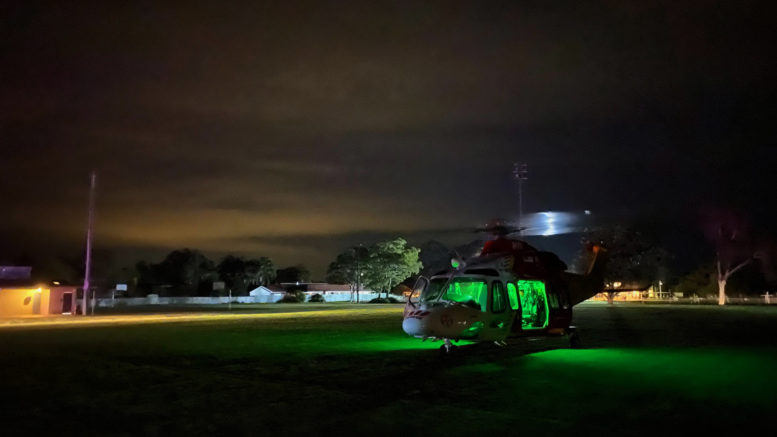 NSW Police are appealing for information after a serious two-vehicle crash occurred at Magenta on Sunday, May 2.

An investigation is now underway after emergency services were called to Wilfred Barrett Drive after reports of a crash.

Officers from Tuggerah Lakes Police District were told that a black Hyundai Coupe and a white Toyota Prado were travelling in opposite directions when the crash occurred.

The Hyundai driver, a 23-year-old woman, and her passenger, a 28-year-old woman, were treated at the scene for significant pelvic, leg, rib and internal injuries, by NSW Ambulance paramedics.

Around 6:30pm, the Westpac Rescue Helicopter was sent by NSW Ambulance to the site, airlifting the two patients to John Hunter Hospital, where they both remain in a serious condition.

The Toyota driver, a 16-year-old girl on a learner licence, and her passenger, a 53-year-old man, were not seriously injured.

The teen was taken to Wyong Hospital as a precaution.

The man was subject to a roadside breath test which returned a negative result.

A crime scene was established, which was examined by specialist police from the Crash Investigation Unit.