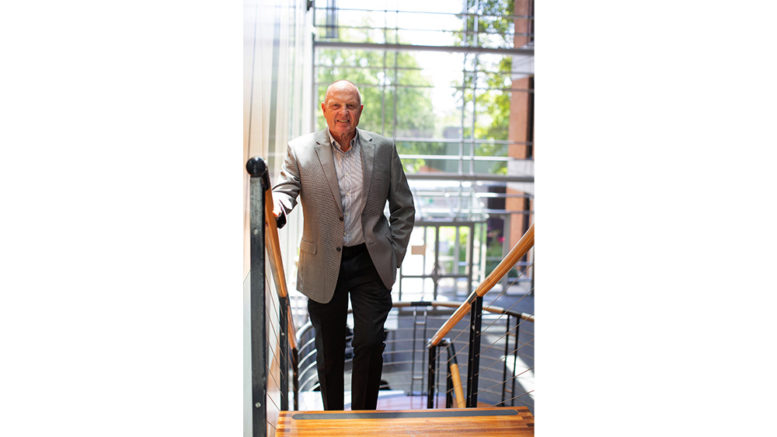 It might be Rik Hart’s first stint as a Council Administrator, but he comes to the job with a wealth of experience in local government.

Hart, who took over as Central Council Administrator from Dick Persson on May 13, served for six months as the Council’s acting CEO following Persson’s appointment on October 30 and the suspension of councillors by Local Government Minister Shelley Hancock MP.

Hart acted in that role until new CEO David Farmer took up his appointment on April 12, and was announced as the new Administrator when Minister Hancock announced on April 27 that a public inquiry was to be held into the Council’s financial crisis, with the Council to remain in administration until late next year when the next elections are expected to be held.

“I’ve seen councils in administration from every side of the fence and have been CEO of many organisations, both private and public, during my career,” Hart said.

“Although I have never been a Council Administrator, obviously Mr Persson and I worked closely together over that six months and you won’t see a lot of change from me.

“What you will see is a slightly different emphasis, particularly in light of IPART’s recent decision to grant Council a 15 per cent rate rise (inclusive of the 2 per cent cap), but over only three years.

“I am extremely disappointed with that three-year determination.

“We seem to have very quickly forgotten Council became insolvent to the point where it couldn’t find the money to pay its staff wages last October.

“In private sector speak the Council was ‘broke’.

“That is the major issue – we need to find ways to remain solvent into the future, and that required producing a 10-year budget which showed surpluses year on year for the next 10 years.

“We need to focus on the trading position of the Council rather than repayment of Council’s bank debt ($350M) which is generally speaking amortised over 15 years and is budgeted for.

“In order to achieve surpluses as mentioned above, the Council had to agree with the bank to a reduction of costs ($70M), an increase in revenue (15 per cent SRV approx. $26M) and the sale of assets.

“This is exactly the criteria any corporation would need to do to recover from insolvency in the private sector.

“I want to emphasise that there was no State Government ‘bail-out’ available for Council.

“We were told we had to approach commercial lenders and we were down to the last one which would consider advancing funds to us ($100M) which was successful just before Christmas.

“But in order to secure that loan we had come to an agreement with the banking institution to include a program of asset sales, which is now underway, reducing costs to sustainable levels (largely achieved through reduction of 250 staff members) and obtaining extra revenue.

“We had to put together a budget to show a surplus over the next 10 years.

“With a 15 per cent rate rise over 10 years we would have seen a $110M surplus over that time which would have been sufficient to repay the internally and externally restricted reserves that had been unlawfully used.

“But with the rate rise restricted to three years, we are now potentially looking at a negative balance (of around $66M) after 10 years.”

Hart said the restriction on the period of the rate rise could see a further application for a continuation of a rate increase, more asset sales and further reduction to services depending on future negotiations with the Council’s bankers.

“However we will need to renegotiate with the banks during this period to refinance some of the existing loans as they full due, which is a standard financial practice; this will no doubt mean there will be extensive negotiations with funding providers in the near future.

“We are being treated by the government as though we were a private entity, yet those private entities do not generally have, apart from the bank, other external agencies monitoring and controlling their revenue.”

Hart said he would structure his working week – spending three to four operational days on the Coast and working from his home on the Northern Beaches for the remainder of the time.

“That’s the intention but given this is a much longer term (than Persson’s) I am quite prepared to be up here more, especially as my daughter is in the process of moving to Terrigal,” he said.

Already familiar with the Brisbane Water thanks to frequent trips to Hardy’s Bay in his boat, Hart said he and his wife would no doubt become more regular weekend visitors.