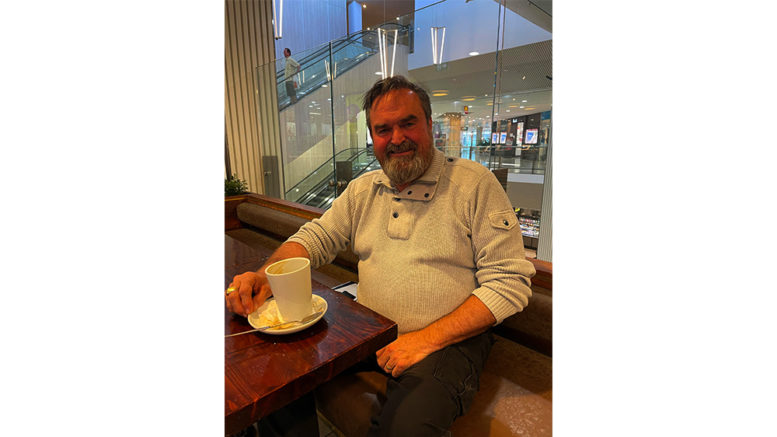 The announcement that councillors will remain suspended as a public inquiry into Central Coast Council is launched marks the end of a 30 year career in civic life for Councillor Chris Holstein.

In an exclusive interview with Coast Community News, Holstein announced he would not stand at the next Council election, slated by Local Government Minister Shelley Hancock for late next year, as he outlined the reasons he felt Council had collapsed and reflected on his decades as a councillor.

Holstein said while he thought not bringing the suspended councillors back was a good move, he felt a public inquiry would accomplish little.

“The councillors weren’t going to achieve anything in five months (if returned) but my concern over delaying the next election for more than 12 months is that the community will be without representation for all that time,” he said.

“I believe a new Council should be elected this September as planned and perhaps an inquiry could have been launched sooner to allow for that to happen.

“It’s an easy cop-out to blame the councillors for all that has gone wrong, but in my mind, there are five major reasons why we ended up where we did.

“Firstly, the previous administration (under Ian Reynolds, following the amalgamation of Gosford and Wyong councils and prior to the election of the new Council) didn’t tackle the big issues.

“The Administrator should have realised at that time that $20M from the State Government wasn’t going to cover the costs of amalgamation of a multi-million dollar council.

“Secondly, the State Government underestimated the process of amalgamation and what it would take.

“There should have been greater understanding of the costs which would be incurred.

“Many amalgamated councils have had difficulties and Local Government is always the scapegoat.”

Holstein said the third reason for failure was faults in the management process.

“Senior management and the (former) CEO have borne the brunt of the blame, but there were many systemic failures at all levels of management,” he said.

“We have a lot of good staff – some great people – but somewhere something went wrong.

“A public inquiry won’t uncover that – it has the potential to embarrass the State Government, the Department of Local Government and the Audit Office and I don’t think anything startling will come of it.”

Holstein said councillors’ attitudes and behaviour was the fourth cause of the problems.

“The Ward system favours political parties and too many ratepayers vote along party lines instead of really looking at the candidates themselves,” he said.

“The parties need to look at the candidates they are putting up.

“The community has to come first, and many councillors gave political reactions which were not community based.

“There was never compromise and certain councillors acted through self interest and were deliberately disruptive.

“The complexity of some motions put forward was not about getting an outcome but about disruption.

“Councillors fell into the trap of getting into arguments and taking their eye off the ball.

“A Council lost in a sea of self interest is set up for failure.”

The fifth and final major reason for the financial collapse was costs incurred by the region experiencing fire, flood, severe coastal erosion and a pandemic within the space of a few short months, he said.

“I have experienced all those things in previous years, including the bird flu which virtually closed Mangrove Mountain, but never have we seen all of them in such a short space of time,” Holstein said.

“This resulted in an unbelievable cost to the city.”

Holstein said it was important new councillors were elected as soon as possible.

“Parties have to smarten up (in putting forward candidates); you have to be there 24/7 and the small issues are just as important as the larger ones,” he said.

“It was discouraging when attending briefing sessions to find half the councillors weren’t even there.”

Holstein first became involved in civic life 30 years ago when he was instrumental in forming the Narara Creek Restoration Creek Committee after his home in Showground Rd, Gosford, experienced severe flooding multiple times despite its one-in-100-year flooding classification.

“We eventually realised that restoring the creek, which was heavily silted, wasn’t viable and the result was a voluntary acquisition program,” he said.

The program saw home owners’ land bought by Council; Holstein had his entire house moved to new land at Niagara Park, where it remains the family home today.

The experience whetted his taste for becoming more involved in community affairs and he was next embroiled in protests over a plan to install a medical incinerator in Narara Valley.

“I was attending lots of Council meetings and expressing my views and one of the councillors said ‘if you think you can do better, stand for Council’ – so I did,” he said.

First elected in 1991 as an Independent following a self-funded campaign, Holstein has served continuously as a councillor for Gosford Council and then Central Coast Council – with the only break in this service being a four-year term as the State Member for Gosford after being recruited by the Liberal Party and a short period after his defeat at the state polls in 2015.

“I was elected to the newly amalgamated Council shortly after that as an Independent,” he said.

“I had had enough with the political parties.”

He counts among the major things achieved for the community during his tenure: Central Coast Stadium, Niagara Park Stadium, the Peninsula Leisure Centre, the surf club rebuilding program, the enhancement of the COSS system and addressing waste issues on the Coast by the introduction of the three bin system.

He is quick to point out he was part of an effective team when all these things were achieved.

“I have worked with some truly great councillors over the years, including Tony Sansom, Robert Bell and Lynne Buckholt,” he said.

“I was working with people who could put politics aside to get things done.

“But it’s also the smaller things which stay with me.

“I get enjoyment every time I go through the Renwick St roundabout.

“I’m very proud of the PCYC at Umina Beach, the Umina parkland near the surf club, the Woy Woy Women’s Health Centre and the East Gosford Family History Society.

“For these last two projects we took old buildings and relocated them to become new facilities.”

Holstein, who still has family business connections on the Peninsula, turned down an offer from the Liberal Party after he lost the seat of Gosford to run for the seat of Terrigal.

“I wasn’t going to abandon the people of Woy Woy,” he said.

Holstein will now concentrate his efforts on working part time for Coast Shelter as its Community Connections Officer.

Roslyn McCulloch will head up the public inquiry

Park with no shade