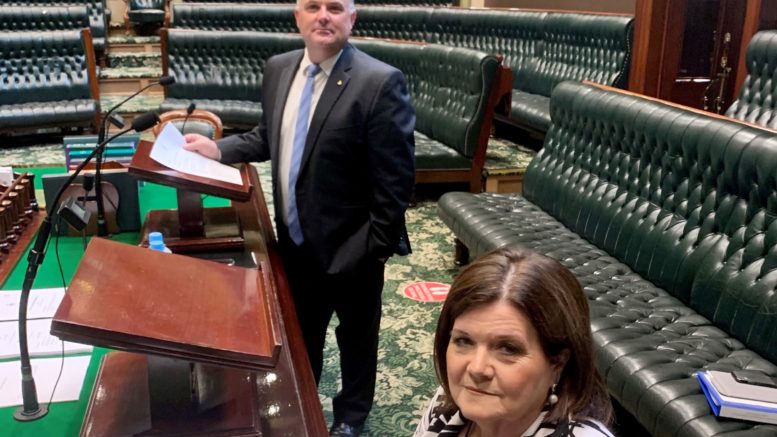 Parliamentary Secretary for the Central Coast, Adam Crouch, has hit back at criticisms from the Labor Party over the terms of reference for the recently announced public inquiry into Central Coast Council.

Shadow Minister for the Central Coast, David Harris, said the terms of reference were an “outrageous attempt” to protect the State Government from any scrutiny as to its contribution to the Council’s financial woes.

“The decision to only scrutinise this debacle post 2017 shows that the Berejiklian Government wants no scrutiny of the Fit for the Future process and the role of the first Administrator,” Harris said.

“The whole purpose of an inquiry was to give residents of the Central Coast surety that everything has been scrutinised and that the mistakes of the past will not be repeated; in fact, the Government had the opportunity to use this inquiry to educate the whole Local Government sector.

“NSW Labor has always said that any inquiry should include the Fit for the Future process, the role of the first Administrator during transition, the role of current councillors and staff, and the role of internal and external audit processes.

“Only then could residents have confidence that a thorough investigation has occurred.

“Everything should be on the table.

“Instead we have narrow terms of reference which basically only looks at part of the whole picture.

“The Central Coast community has the right to feel cheated.”

But Crouch said the terms of reference were as “open, far-reaching and transparent as possible”, so that the independent Commissioner can investigate whatever she sees fit.

“The public inquiry will expose who was responsible for Council’s $565M debt and will help to ensure this appalling financial situation is never repeated,”” he said.

“At every opportunity, a group of Labor and Independent councillors voted to conceal the Council’s appalling financial situation from the community and from the NSW Government.”

In response to community calls for a judicial inquiry, with an e-petition signed by more than 20,000 residents due to be debated in Parliament on May 6, Crouch said any evidence collected at a judicial inquiry would be inadmissible in a court or to the Independent Commission Against Corruption (ICAC).

“Any evidence collected through the public inquiry can be used later in a court or at ICAC,” he said.

“The public inquiry will consist of public hearings where community members, as well as current and former Council staff, can provide evidence to the Commissioner.”