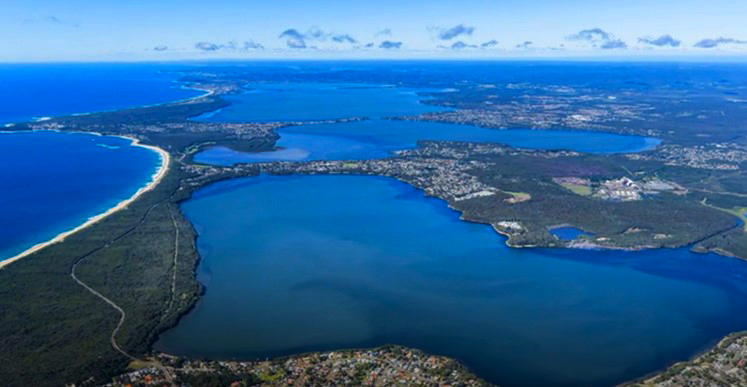 A permanent ocean entrance at The Entrance is not a solution to improving water quality in the Tuggerah, Budgewoi and Lake Munmorah lakes system, according to the final report of the Tuggerah Lakes Expert Panel.

However, the Panel says that even though The Entrance Channel should not be extensively dredged, there should be a detailed dredging management strategy outlining where, when and why dredging should be done.

According to the report, dredging plans should be based on conservation and involving the community, as well as best available science, instead of dredging in response to community concerns.

A second opening at Budgewoi Lake should be considered, including the viability of different concepts or options in terms of engineering, effectiveness and costs, the Panel said.

Terms of Reference for the Review excluded flooding, although the Panel hoped that the information in its report was considered in any updated flood management plan.

In 2019, the NSW Government committed $200,000 to establish the Tuggerah Lakes Expert Panel, led by Associate Professor, Will Glamore, to investigate the ongoing water quality problems in Tuggerah Lakes and recommend actions to address these issues.

The Panel has put forward 50 solutions to fix water quality in its Tuggerah Lakes Water Quality Independent Expert Panel Review, released on May 7 during a visit to the Central Coast by Environment Minister, Matt Kean.

Tuggerah Lakes is at a crossroads, the report said.

These plans need to be integrated in Central Coast Council’s Coastal Management Program, which is currently open for public consultation.

Plans need to be transparent, well communicated and openly discussed with the community in a proactive manner, the report said.

The Panel said Council cannot and should not be solely responsible for managing the lakes ecosystem and support in funding and resources was needed from state and federal governments.

It suggested a Catchment Co-ordinator Taskforce for a five-year period, with review after three years, to help implement recommendations in the Review and to support Council in its development of the Coastal Management Program.

“The broader cycle of poor communication resulting in an escalation of tensions, followed by reactive actions, needs to be broken.

“To achieve a strategic plan for ongoing management of Tuggerah lakes, a communication reset is required between and within state and local government and the broader community.

The taskforce would play an important role as a circuit breaker in discussions between local stakeholders and government officials, developing a collaborative and shared approach to establish water quality targets based on community values, the Panel said.

And, the Panel said, it should be funded by the state government, similar to the Wamberal Beach Taskforce.

There were concerns that Tuggerah Lakes would fall significantly behind other similar systems without adequate funding.

An environmental levy would secure a continual baseline funding source and help to avoid the current reliance on ad hoc state or government grants, the Panel said.

Further, with significant upcoming developmental pressures from population growth, particularly around Lake Munmorah and Porters Creek Wetland, it was the Panel’s opinion that a stormwater levy would help Council maintain stormwater infrastructure.

It also includes a 37-page report on the responses received from the communication and information survey and other methods of public consultation during the Review.

Minister for Environment and Energy, Matt Kean, said the extensive work by the Panel would inform the preparation of Central Coast Council’s Coastal Management Program, which will include setting the direction for management of the lakes for the next 10 years.

Council’s Program, which is currently underway and now open for community feedback, will update existing plans.

“This is the first time that science, data and community feedback have been brought together into a single document that all levels of government can utilise to better direct resources and funding,” Crouch said.

“The extensive public consultation conducted by the Panel shows that our community thinks a ‘reset’ into the management of Tuggerah Lakes is required, and this report enables the Council to do exactly that.

“The Panel has worked hard to form 50 final recommendations which the NSW Government will now consider and also provide to the Council,” Crouch said.