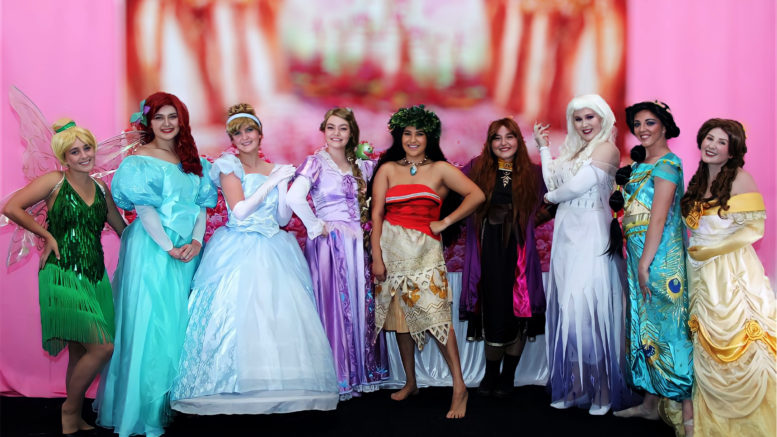 Owner of Storybook Party Co, Karla Jacob, said it was an honour to be nominated in the nationwide competition despite only being open for a year.

“I don’t think I will ever be able to fully put into words how much being nominated means to us,” Jacob said.

“These awards recognise the best of the best, and to be nominated is just an absolute privilege.

“As the owner, I was motivated to start the company after returning from working at Walt Disney World in Orlando, Florida, as an entertainment cast member.

“While there was a number of existing party companies, I aimed to create a character experience that was truly immersive.

“In January, 2021, after just one year of business as mobile character performers, we were fortunate enough to open our very own Kids’s Party Venue at Charmhaven.”

What’s On 4 Kids Awards celebrates the best of the best in children’s activities, classes, family events and party entertainers across Australia.

Like many businesses worldwide, Storybook Party Co was severely impacted by the COVID-19 pandemic and its ongoing restrictions.

Jacob said they had been open for only four months and had several parties booked when the lockdown was put into place.

“At this point, I decided we had two options – we could close and not know when or if we could reopen, or we could continue to spread an extra touch of magic to children’s lives in a very unprecedented and confusing time,” she said.

“Thus, the idea of Virtual Zoom Parties and Personalised Video Messages was born.

“During COVID, we provided over 600 video messages and virtual parties to children not only locally but across the globe with video messages being sent to countries such as the UK, USA, New Zealand and Indonesia.

“These video messages also allowed us to provide work to our team of performers in a time that severely impacted the entertainment industry.”

The moment the restrictions lifted, they immediately started attending birthday parties all across the Central Coast and bringing a sense of normality back to children’s lives.

“Whilst our performers were going out to these parties, I started to devise a business plan to create our own party venue where we could provide absolutely everything from catering to decor and entertainment,” Jacob said.

“I invested every dollar of profit back into the business, and by December 2020, on the EXACT one-year anniversary of our opening, I was getting the keys to start renovating our very own venue, which opened in late January.

“Now business is busier than ever, and we host dozens of mobile parties and venue parties every weekend.

“We are so busy that we have now even opened up Friday afternoon bookings to accommodate the requests.”

This year marks 10 years of the What’s On 4 Kids Awards ceremony.

CEO of the What’s On 4 Kids Awards, Elise Easdown, said winning awards gives the industry recognition and leads to more business for the nominees through family interest.

All nominations are judged by an independent professional panel.

The People’s Choice winners will be decided through community voting.

The awards will be held on June 12.