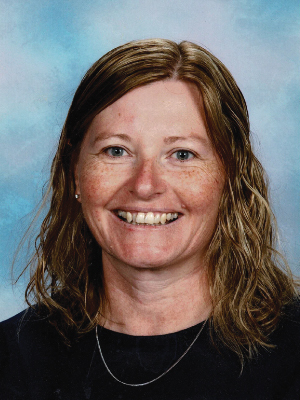 Breakers Country Club at Wamberal will host a Charity Golf Day for ladies on Friday, May 14, to raise money for the Debbie Gaunt Foundation, an Iris Foundation-supported initiative.

Ladies of all ages can enter as teams of four and play an 18-hole round of golf at either 7.30am or 12.30pm, with lunch, raffles, and auctions included throughout the day.

Team entry into the event costs $240 and needs to be registered before May 13.

Those wanting to show their support without participating in golf can come for lunch at a cost of $40.

The Debbie Gaunt Foundation was created to build awareness about perimenopause, an often-challenging life event that can have devastating impacts on a woman’s physical and mental health.

Founder, Craig Gaunt, became aware of this knowledge gap after losing his wife Debbie to suicide in 2019.

According to the Iris Foundation, perimenopause is a transitional time during which a woman’s body prepares for the end of the reproductive years.

It typically occurs in midlife, though some women notice changes as early as in their 30s.

A woman who has not menstruated for 12 consecutive months is said to have reached menopause.

According to the Australian Bureau of Statistics, the highest rate of suicide among women in 2018 was the 40-44 age group, followed by the 50-54 age range.

The hormonal shifts of perimenopause should be considered among the risk factors for suicide amongst middle-aged women, alongside social factors such as divorce and relationship breakdown, impending retirement, financial instability and family responsibilities.

Perimenopause can exacerbate the symptoms of existing mood disorders such as anxiety and depression or cause previous illness to recur.

Perimenopausal depression can also affect women with no history of poor mental health.

As in pregnancy and following childbirth, the enormous hormonal shifts experienced during perimenopause can trigger psychosis in some women.

All money raised through the Charity Gold Day at Breakers will go towards raising a further $24,500 to assist finalisation of the midlife module of a comprehensive online course for doctors about women’s health at the Monash Alfred Psychiatric Research Centre in Melbourne.

The Debbie Gaunt Foundation is auspiced by the Iris Foundation and supports its efforts to reduce the risk of suicide on the NSW Central Coast.

Teams ready to run against violence