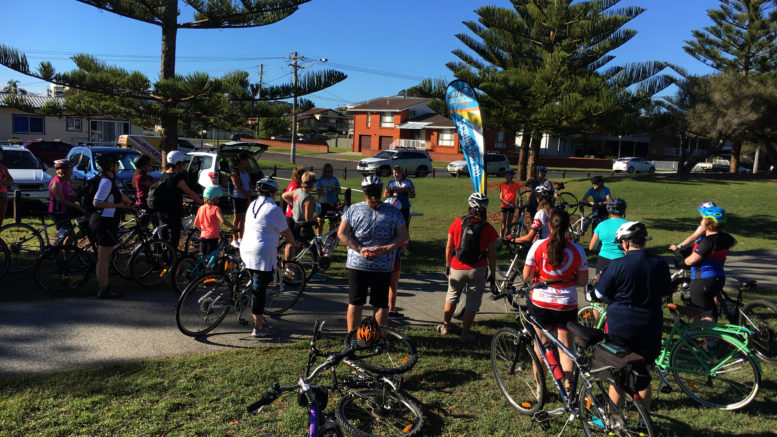 It is time to jump on your bike and join the Central Coast Bicycle User Group (CCCBUG) on their second annual Tour de Central Coast starting on June 12.

Participants can choose between two courses, Challenge or Cruise, depending on ability, and are required to complete all six stages over a six-week period to be in the running for prizes.

The first scheduled stage will be on Saturday, June 12, and will be the popular Terrigal to Norah Head route, starting at 7:30am for the Cruisers and 8am for the Challengers.

The last ride is scheduled for July 18.

The Challenge Course is designed for experienced, longer distance riders, and people in this group are required to record each stage on their Strava as part of the “CCBUG Tour de Central Coast” group.

For those wanting something a little more achievable but the occasional challenge, participants have the option of the Cruise course.

Cruise stages must be attempted on scheduled CCBUG rides as the ride leader will be recording the effort.

CCBUG will offer a real YELLOW CCBUG jersey as first prize in the Challenge Course, with a CCBUG blue jersey, CCBUG polos, and bicycle shop vouchers in the list of prizes.

President of Central Coast Bicycle User Group, Alan Corven, encouraged anyone who wants to get out and about and be active to get involved.

“We ran it for a month last year, but we got feedback that it was not enough time to complete the rides, so we have made it six weeks this year,” Corven said.

“The event will start a little earlier than the Tour de France, but it will finish on the same day so we can join in with the excitement.”

Be the first to comment on "Challenge or Cruise?"