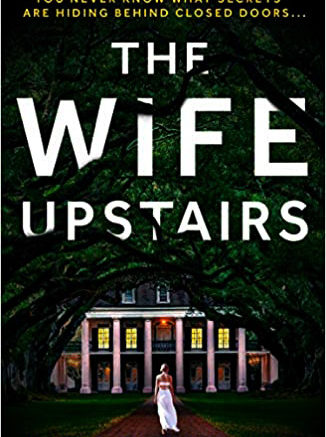 Jane comes from a bit of mysterious background.

When she was younger, she was in foster care, with less than desirable foster parents.

She has changed her name and is running away from someone or something which makes her leave Phoenix.

She ends up in Birmingham, Alabama and is currently renting a room from John.

She hopes she can get out of there soon – John is a jerk, she doesn’t like the way he looks at her and he has the audacity to eat her yogurt, even when it clearly has her name written on it.

Everyone hates when that happens.

Jane lands a job as a dog-walker in the very affluent area of Thornfield Estates, where houses have “eight bathrooms and seven bedrooms, a formal living room and a family den an upstairs lounge and a gentleman’s study.”

If someone has something the rest of the residents are going to want it, as it is very important to ‘Keep up with the Joneses’.

Hence why Jane now walks several dogs in the area.

She also seems to have sticky fingers, woe be the housewife that carelessly leaves a pair of diamond earrings laying around.

Jane is out walking one rainy day, when lost in a day-dream she almost gets hit by a car driven by Eddie Rochester.

Eddie is a recent widower, his wife was Bea, the owner of Southern Manor, a Fortune 500 company.

Bea and her best friend Blanche have gone missing.

They were away for a weekend and it is believed they were drunk when they took the boat out on the lake and fell overboard.

Eddie has had her declared dead.

After almost hitting Jane with his care he invites her in for a coffee.

Eddie ends up getting a dog, named Adele.

That dog will need someone to walk it.

Eddie offers Jane an out to her less than desirable life.

He is rich and handsome, and she is plain and wanting a better life.

She tries to fit into the area, starts dressing like the other women, going to charity events, beautifying the area.

But she isn’t one of them and she tries to find out more about Bea.

She wonders why there aren’t many photos of her in Eddie’s house, while Tripp has heaps of photos of Blanche.

Then they find Blanches body in the lake, but where is Bea’s body?

If this list of characters sounds familiar, it should.

The names are right out of Jane Eyre (by the way the best book ever – if they don’t sound familiar do yourself a favour and read Jane Eyre right now!)

It is probably a shame that the author loosely used the story line and the character names from such a classy book as I kept making comparisons, and of course The Wife Upstairs came up short.

The story started to intrigue me but then fell apart and just annoyed me.

And don’t get me started about the ending.

I’d give this one a miss.