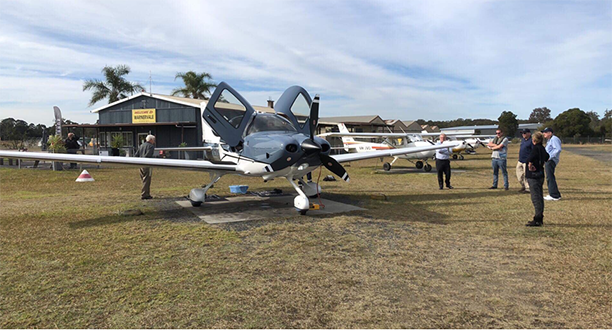 At its Council Meeting on April 27, Central Coast Council agreed to a 45-year lease for the Central Coast Aero Club at Warnervale Airport and also approved a land swap between Council and the club to allow the club to build new premises and hangar space on another part of the site.

The decision included a two-year period at the current site with another two year option to allow time for subdivision development approvals and construction of a new Central Coast Aero Club (CCAC) facility at the proposed new location.

The club says it will move within the next few years onto the new site within the current airport.

The Club is calling it a historic victory for the future of aviation on the Central Coast.

“The huge uncertainty that we have all lived with under the previous Council has evaporated,’’ the club announced on Facebook.

“We have gone from strength to strength, despite COVID and the partisan squabbling amongst the previous councillors and their lack of vision.”

Administrator, Dick Persson, heard from four speakers who addressed the Council meeting before he made his decision.

Andrew Smith, President of the Central Coast Aero Club and CEO of Warnervale Air, said the club owned 2.25ha of land at the airport where it conducted its business and provided services for its members and the broader community.

“The CCAC, via its wholly owned subsidiary, Warnervale Air, is approved by the aviation regulator, CASA, to conduct flight training for the issue of recreational, private and commercial pilot’s licences, as well as a vast array of ratings, endorsements and theory qualifications,” Smith said.

“Currently we are root bound on our land, the ageing infrastructure was built in a time where these levels of activity were not feasible.

“To be frank, we have the ability, with a larger maintenance hangar and a more efficient infrastructure layout, to increase our flying activity and maintenance operations substantially.

“We are currently turning away work regularly as we do not have the space to work on the aircraft of owners and operators who have been attracted to our business by our good industry reputation and experience.

“If this extra potential were catered for, we would see more jobs for Central Coast residents, more apprenticeships for our youth and more income for Council.”

Another speaker, Wolfgang Koerner, spoke against the Council resolution.

He said the Council was pre-empting the findings of a masterplan which it had agreed at the previous meeting to draw up.

He said a masterplan would rigorously examine the entirety of the airport project’s future, would establish plausible business cases and viable options and would go on public exhibition to seek support from residents and ratepayers.

“One would have thought that, in our current situation, where we do not have an endorsed plan for this airport and where we are understandably hesitant to make big-picture strategic investments, Council would hold off on entering into new and significant commitments,” Koerner said.

“Two weeks ago, airport-associated vacant land owned by Council worth $15M was withdrawn from the emergency asset sales list.

“Concurrently, we see proposals to have much environmental and community land sold from under our local clubs and community organisations.

“No property transactions should occur at Warnervale airport until the Master Plan is finalised and adopted.

“The Aero Club should have the benefit of a solid licence agreement as and when this is appropriate.

“In the meantime, a shorter-term agreement is the responsible way forward.”

He finished by saying that in the absence of Council’s most recent audited financial reports, it would be financially irresponsible to approve a further sum of $300,000 for the project and it would be poor governance to commit to a 45-year period in an environment where major decisions are known to be pending.

He received a smattering of applause at the end of his speech but Smith received more applause.

“I think the ayes have it,” Administrator, Dick Persson, said.

Persson asked council staff to address some of the issues addressed by the speakers including comments from Zina Harije from CEN Youth, who talked about the wetlands as a known habitat for threatened species.

Council Chief Financial Officer, Natalia Cowley, said the land swap was merely a chess move, replacing one parcel of land with another.

She said the wetlands would not be affected.

She said the 45 year lease gave the club security of tenure to secure borrowings.

She said the current lease with the club expired in August.

Persson said a lot of the community concern was totally understandable because in the past there was talk of extending the runway and bringing in jets, “and if you have any environmental consciousness you would have been appalled”.

He called it a silly proposal but some of the later proposals were equally silly, such as changing the signage from an airport to a landing area.

“There is a win win here and it is important the community gets behind this opportunity to get that win,” he said.

“There is no-one in this organisation who wants to damage the wetland.

“I take your point, Ms Harije, and there is still a lot of concern as to how it is going to be done and there will be an opportunity for input during the masterplan process and I encourage you and your group to keep at it.”

Persson said to not take control of the situation would encourage the State Government to take over control and that wasn’t what anyone should want to get the best outcome.

He didn’t think there was any conflict with the aviation group’s plans and environmental outcomes.

He said if he was in the community he would still be keeping an eye on the people that wanted to extend the runway, although he didn’t believe they would be heard if they still held that view.