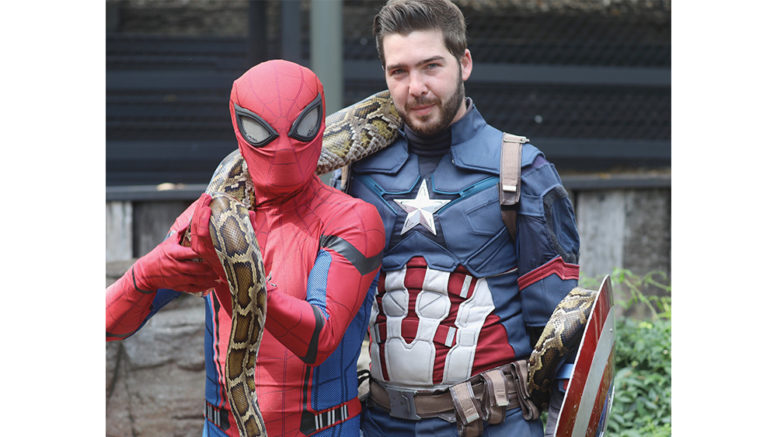 The promotion aims to educate guests on the “superpowers” the animals at the park have and raise awareness about conservation.

General Manager, Tim Faulkner, said guests could get a photo with the heroes after the stunt show.

“Zooperheroes is the best, most action-packed school holiday (activity) we have,” Faulkner said.

“We’re so excited to educate guests on just how phenomenal our animals are and the special capabilities that make them so unique.”

Just some of the animals featured in the promotion include Elvis The Crocodile as The Hulk, Hugo the Galapagos Tortoise as The Flash, funnel web spiders as Spider-Man, platypus as Aquaman, rattlesnakes as Cyclops (due to their thermal heat vision), Kraken the Komodo dragon as Venom, Adina the Dingo as Wonder Woman, and echidnas as Iron Man for their iron defence.

Signs around the park will highlight each animal’s “superhero” powers, and there will be an Avengers jumping castle for guests.

‘My favourite part of the day’

Be the first to comment on "Zooperheroes at Australian Reptile Park"