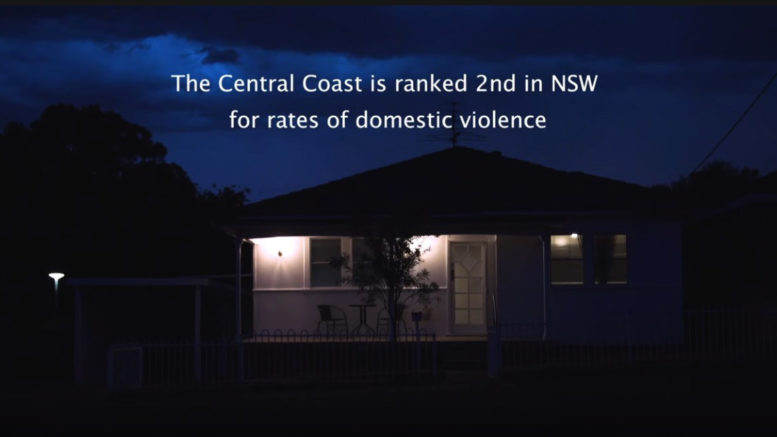 A national prime-time TV news program has been criticised for its coverage of an important social message in which it portrayed a group of Wyong neighbours as turning a deaf ear to domestic violence.

Filming for the video took place on November 9, 2020, as a scripted drama involving paid actors and commentary by former rugby league player, turned TV personality, Peter Sterling, who delivered a message about the dire domestic violence situation on the Central Coast.

The set-up video firstly shows a scenario of neighbours going to the door of a residence and others making phone calls to complain about loud music, followed by the arrival of police to speak to the person inside the house.

The film clip then shows a different scenario when loud abusive yelling between a man and woman was broadcast to the neighbourhood, the actor inside the house waiting for police to arrive after expected complaints, neither of which occurred, followed by a message on screen “Don’t you think that’s worth complaining about?”

This original important domestic violence message was posted to Council’s website on March 2, followed by written information on March 15.

Yet, A Current Affair’s portrayal lashed out at the Wyong neighbours, that the residents ignored the scripted domestic violence incident they heard.

Commander at Tuggerah Lakes Police District, Superintendent John Gralton, told A Current Affair that no one called the police and the experiment was done in a way that there was an opportunity for people to ring police.

“You’d call police for a noise complaint, so call police if you hear what you think is a domestic violence incident … we were surprised in some ways to find that no one did call.”

All in all, the neighbours did not come out looking good.

That’s not the whole story though, and ABC’s Media Watch called out A Current Affair on its March 29 program saying that it had left out some crucial details in its report.

Since then, a statement to the Chronicle from Central Coast Council says that immediate residents were advised in advance that there would be filming for duty of care reasons and to avoid any inconvenience which may be caused by film crews.

Media Watch quoted several neighbours saying that they had been informed weeks beforehand that there would be a disturbance, that police would be using a house on that night to film a domestic violence ad and there would be yelling and noise coming from the house.

One neighbour told Media Watch that everyone knew what was going on and there were about 14 film crew standing outside the house as well as one police car and two police officers.

“Why would we call police if we heard anything when police were clearly already there,” one neighbour told Media Watch.

“As someone who has actually called police in the past when a violent situation has been occurring, I find the imputation that I would not do everything in my power to stop any violent situation, domestic or otherwise, and alert appropriate authorities, completely offensive and the record needs to be corrected,” a neighbour said.

In a statement to the Chronicle, a NSW Police spokesperson said although the campaign was filmed under controlled circumstances there were potential opportunities for community members that were nearby, or not informed of the situation, to be in a position to report.

“The police in the campaign are real operational police and all others involved were actors.

“This campaign is designed to raise awareness and the situation represented is a common scenario faced by police and not a social experiment,” the spokesperson said.

A statement from Nine Entertainment posted on the Media Watch website said that A Current Affair believed domestic violence was an important issue.

“The story was filmed with the help of the NSW Police as part of their ongoing campaign to highlight this social issue.

“Of course, no adverse inference should be drawn about any members of the local community, some of whom have informed us that they were aware of a police presence at the house and for this reason knew there was no need to take further action.

“There is no suggestion of any wrongdoing on their part but we make no apology for highlighting the point of this important experiment, the need for neighbours and friends and all the community to remain vigilant and be prepared to take action to help those suffering domestic abuse.”