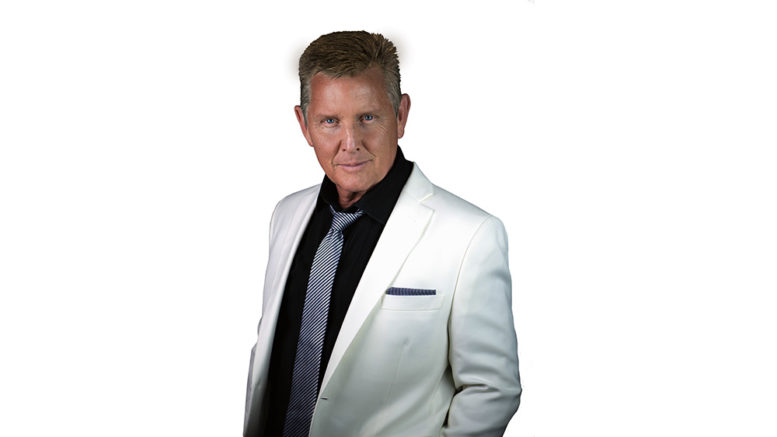 Arrangements by Ed Wilson, of Daly Wilson Big Band fame, will be featured, as well as others of equal brilliance by greats such as Nelson Riddle and Billy May.

Burlinson’s Great Big Band will be made up of some of the finest musicians in the country, providing all the power, excitement and atmosphere of this time honoured musical style.

He is famous for his starring roles in the classic Australian movies, The Man from Snowy River and Phar Lap, as well as numerous other film, stage and TV appearances in a career spanning more than 40 years.

In the 1990s Burlinson revealed that as well as being a very talented actor, he also had an amazing voice.

His first professional singing engagement was as the voice of the young Frank Sinatra in the Warner Brothers mini-series, Sinatra.

He later created his own show in celebration of the great man, Frank – A Life in Song, which became hugely successful all around Australia and overseas.

Then followed the national tour of Now We’re Swingin’! in which Burlinson paid homage not only to Sinatra, but also to some of the other stars of vocal Swing.

The songs selected for Swing That Music include On a Clear Day, Teach Me Tonight, You Are the Sunshine of My Life, Pennies from Heaven, Mr Bojangles, On the Street Where You Live, And I Love Her, A Lot of Livin’ to Do and, of course, Swing That Music.

Don’t miss the chance to experience this fine showman, renowned for his smooth style and stellar performance skills, in an unforgettable evening of musical excellence.

The show is on Saturday, June 19, at The Art House in Wyong.

A summer of Standup Comedy at Wyong

Ladies in Lavender to light up Peninsula Theatre