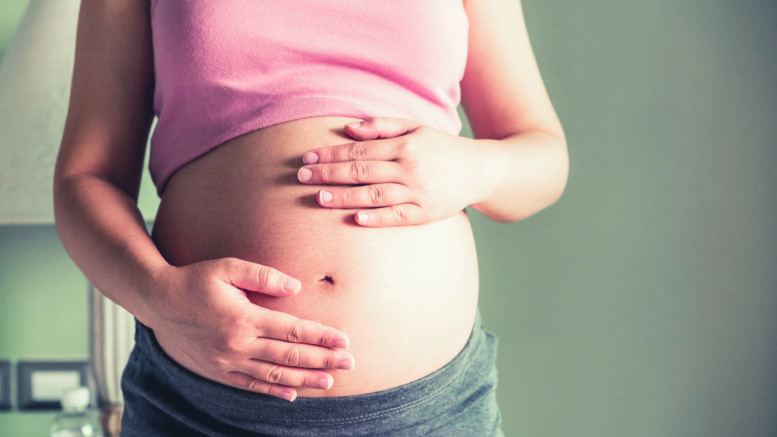 This week, inspired by the new Birth Time film which has been playing in various locations around the coast in recent weeks, we’re diving into a new six-part series on the topic of birth.

We’re kicking off with this piece on the preconception period, then over the next weeks will touch on pregnancy, birth, the postpartum period and finally, a comprehensive guide to relevant services for parents on the Central Coast.

When is the preconception period?

The preconception period is generally defined as the months prior to conception – up to six months. However, for those who have existing micronutrient deficiencies or poor lifestyle habits (which is most of us), this period should extend beyond six months – ideally one to two years.

From my experience working in the field of nutrition, there is nowhere near enough emphasis placed on the importance of proper nourishment (for both parents) in the preconception period. This crucial window shapes the lifelong health of the baby to the same degree as the diet consumed during pregnancy – if not moreso. It also greatly impacts fertility.

Harvard researchers found that by changing the diet of women with irregular or absent ovulation, they were able to reduce their risk of infertility by eighty percent. Granted it’s not the only factor to consider in that regard, but it’s a big one!

Why is the preconception period so important?

I love this beautiful quote from one of my favourite voices on the subject of nutrition, Dr Chris Masterjohn: “we must take the same care in preparing the human womb for the seed of life to be planted therein that we take to prepare the womb of the earth for the seeds of the plant life from which we and our animals will take nourishment. A generous intake of all nutrients will supply the soil of the womb with everything the life developing within it needs for robust and vigorous growth and a long, healthy life to come.”

The fact that the nutritional status during the preconception and prenatal period has been shown to produce lifelong effects on the brain, kidneys, cardiovascular and system and determines the risk of metabolic and degenerative diseases in later life, highlights the degree to which this inner ‘soil’ can influence the life of the unborn child. It’s not just about producing healthy babies, but robust adults and a healthy society.

Referring to the wisdom of traditional cultures

One of the universal characteristics of traditional cultures was the special consideration of the preconception period and the provision of specific nutrient dense foods to all prospective parents. In fact, some of these cultures only permitted marriage after the man and woman had spent months consuming these nourishing fertility foods – and we’ll touch on which ones, shortly.

Modern science has already ascertained that most of the nutritional factors that we now recognise as the most important to fertility and healthy fetal development are the exact same ones prioritised in traditional preconception foods.

Another example of science verifying this innate traditional wisdom, is that the preconception period itself is equally as important for the father as it is for the mother. It’s only in recent years that the research is starting to highlight just how critical this window is for fathers and the huge impact it will have on the life of the child.

A father’s preconception health and lifestyle has now been linked to the occurrence of malformations and birth defects in their offspring. Specifically, medication use, exposure to environmental substances, obesity and advanced age have been associated with low birth weight, congenital cardiac malformations, infant cancers and neural tube defects.

Other research highlights that fathers’ exposure to alcohol leading up to conception can have deleterious effects on the child’s brain and behavioural development.

It’s therefore sensible to heed the wisdom of traditional cultures and prioritise this important window not only for mothers-to-be, but for both parents.

Can’t I just take a supplement?

When it comes to prenatal supplements, most on the market are poorly absorbed at best, or detrimental to health at worst. I strongly advise parents to stick to practitioner-only supplement brands, but even then – synthetic prenatal vitamins cannot fill the gap created by poor diet. As multivitamins, they merely provide tiny ‘top-up’ amounts of each nutrient and will never rectify a deficiency.

And it’s concerning to think how many parents-to-be have undiagnosed micronutrient deficiencies. If we look at two of the most critical nutrients for this prenatal period, vitamin D and choline, we know that 80% of Australians are deficient in the former and over 99% of women of reproductive age aren’t getting sufficient choline.

To return to Chris Masterjohn’s analogy, nutrient dense foods are the only way to ensure that we’re creating the type of soil that will nourish and grow a healthy seedling.

Which foods did traditional cultures eat?

Traditional peoples went to great lengths to source ‘sacred’ foods for the preconception period that were especially high in fat-soluble vitamins (A,D,E,K2), DHA, EPA, biotin, folate, choline and zinc. All of these nutrients play crucial roles in the reproductive health of parents as well as the health of babies in utero.

I’ve spoken about the importance of some of these nutrients previously when I wrote about the work of Dr Weston Price, however it’s worth reiterating that he’d discovered that traditional people consumed ten times the amount of fat-soluble vitamins in their diet – and not just in the prenatal period. We are now seeing epidemics of deficiency in these vitamins and a rise in infertility and birth defects.

So which foods were highest on their priority list? Many of the foods which have been demonised for decades thanks to the fearmongering associated with the anti-fat campaign.

Eggs: the yolks are the richest food source of both choline and biotin, as well as being a rich source of vitamin K2, folate and minerals zinc, selenium and iron.

Animal fats (lard, tallow, butter, ghee): these are not just empty calories – lard from pig fat is the richest land-source of vitamin D; butter and ghee contain vitamin K2 and vitamin A.

Organ meats: liver is the most nutrient dense food on offer. It provides a rich source of vitamin A and folate as well as vitamin K2, iron, selenium, zinc, coenzyme-Q10 and ample amounts of all of the B vitamins.

Bone marrow: is packed with certain nutrients found virtually nowhere else. Alkylglycerols (immune-boosting compounds which are also present in breastmilk), adiponectin and a good amount of vitamin E.

Oysters and shellfish: some of the richest sources of zinc and B12 as well as selenium, iron and vitamin D.

Small oily fish and fish eggs: these are packed with DHA and EPA, vitamin D and B12.

Fish livers: we can access the rich source of vitamins A, D and DHA that fish livers provide by taking cod liver oil. Cold-pressed ideally (my favourite brand is Rosita).

As with everything, sourcing quality is important. Many of these nutrients are no longer present when the animals are raised in confinement or fed an unnatural diet. Wherever possible, source land animals that were raised on pasture, and seafood that is wild-caught rather than farmed.

We have so many great local options here on the coast – check out my recent guide to shopping supermarket-free. We’ll have a seafood guide coming soon.

Georgia is a clinically trained nutritionist, wholefoods chef, columnist and mum. She’s been featured in Body & Soul and had TV appearances on ABC Breakfast and Studio 10 for her unique knowledge and approach to food and health. She’s known for reinventing traditional foods for the modern kitchen and was instrumental in a radical new approach to sports nutrition with a program for the NRL Parramatta Eels, kickstarting their ascent on the ladder in recent years. Find out more at stirringchange.com.