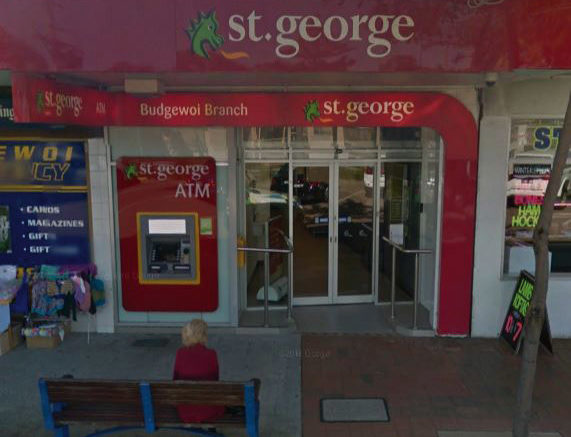 Trade will cease at Budgewoi on Friday, May 7, and amalgamate with the St George Lake Haven branch.

“Customers can continue to bank with us over the counter at Australia Post, just 250m away,” said a spokeswoman for St George.

St George Bank is part of the Westpac group which has a Bank@Post partnership with Australia Post where customers can deposit cash and cheques, withdraw cash and check account balances free of charge.

“St George is following our customers and investing in the ways they are choosing to bank, following a seismic shift toward digital banking and significantly less foot traffic in many areas where our branches are located,” the spokeswoman said.

“To meet this growing customer demand, we have grown our 24/7 phone banking centres, including increasing virtual based service roles and support roles to include a further 600 roles by September this year.

“When we do close a branch, it is not a decision we take lightly.

“We take into consideration customer usage, location and proximity to other banking services and where customers are preferring the convenience and increased safety of contactless, cashless and digital channels.

This latest bank branch closure follows a trend in the northern suburbs with the Commonwealth and Westpac branches closing at The Entrance and the ANZ leaving Lake Haven in late 2020.

When the Commonwealth closed its doors at The Entrance in May, the bank said it was a temporary closure that would be reviewed in October 2020, yet it is still closed and no word on when it would re-open.

Staff at those branches were moved into online service roles.

Jillian Hogan said quite simply that she was gutted

Tree of Dreams is a twinkling beacon of hope