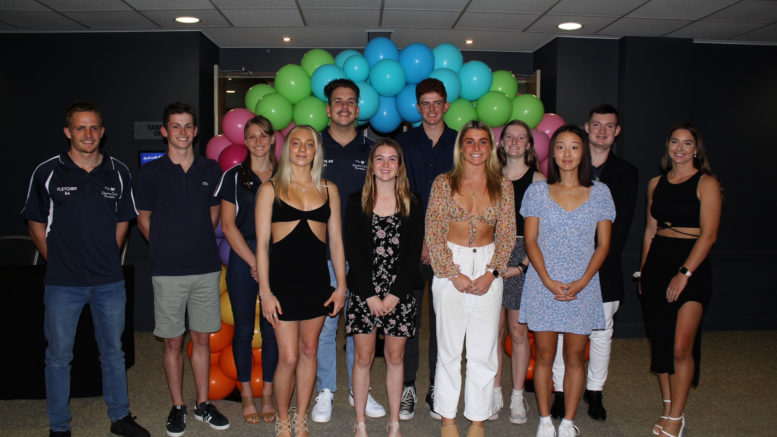 They were announced on March 31 at Mingara Recreation Club, bringing the total to 94 athletes from 31 sports who have received a total 180 scholarships valued at $275,000.

In the sport of Surf Life Saving, the Foundation welcomed NSW Under-17 Ironman Champion, Ryan Green, who joined fellow Terrigal Surf Club member, Emmy Wheeler, who returns for a second year following a gold medal performance in the Under-17 Flags at the NSW State Championships.

After being awarded the Sport Central Coast Junior Athlete of the Year, Stella Norris, was also awarded a scholarship for her strong performances in the sport of Triathlon.

With more than 20 percent of 2021 scholarship holders from Water Polo, the strength of the sport on the Central Coast is clear.

Daniel McLoughlin from the sport of swimming and tenpin bowling powerhouse, Kallan Strong, also return in 2021 along with kayaker, Fletcher Armstrong, in his third and final year as a scholarship recipient.

Scholarship recipients and attendees at Mingara were treated to words of wisdom by special guest, ultra-marathon runner, Pat Farmer AM.

Best known as the only man who has run continuously from the North Pole to the South Pole, his words of advice were bigger than sport, encouraging all in attendance to, “make your life count”.

Donnica Clarke Foundation Alumni, Abbey Willcox, also made an appearance explaining the importance of the Foundation to her.

“The Donnica Clarke Foundation had my back when no one else did,” she said.

As for her advice to all of the athletes in the room, it was simple: “don’t give up”.

The Donnica Clarke Foundation is excited to have all athletes involved and can’t wait to see what 2021 holds for them.

1,000 scholarships on offer for disadvantaged students