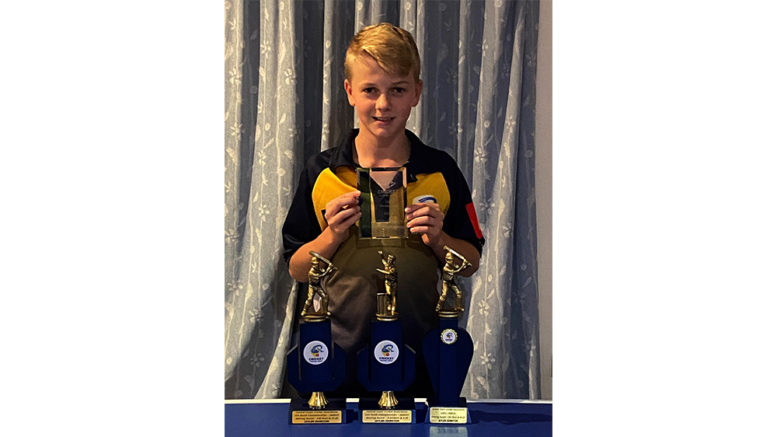 Jaylen Johnston received a number of awards on the night

Liam O’Farrell received an award for the CCCA’s 1st Grade Highest Score of the Year with 111 runs over the season.

Club president, Anthony Clarke, said it was a ‘well deserved’ accolade for Liam.

“It’s a big achievement for him – he contributed massively to the team this season,” Clarke said.

“The award just shows how well Liam did considering the team unfortunately came last this year.”

Jaylen Johnston also received recognition on the night, going home with both hands full of awards.

Clarke said it was a big night for the club.

“Jaylen really is the star of the future, he’s a very special player,” Clarke added.

“The Club is really proud of the both of them.”