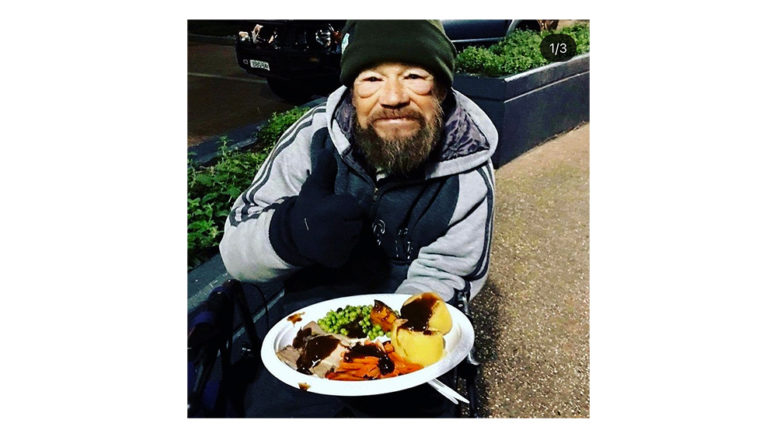 Founder of Soul Soup, Nathan Griffiths, says all are welcome

Through rain, hail or shine, the charity organisation, Soul Soup, has pushed through to continue serving food to those less fortunate on the Central Coast.

Despite the torrential downpour hitting the region last month, Soul Soup Founder, Nathan Griffiths, joined volunteers in Kibble Park, Gosford, to supply meals to the people who need them most.

Griffiths said you do not have to be homeless to come down and have a meal.

“You don’t have to not to have a house to come for a feed; anyone can come down if they want to,” he said.

“We have people who have a roof over their head but struggle to have a feed because of high rental costs and other things like that.

“We have many people living by themselves who want to have a little bit of social interaction with others.

“We have created a little social life where everybody is respectful.”

Soul Soup also offers its services out of locations in Wyong and Woy Woy.

During COVID, Griffiths ran a home delivery service on Fridays to stop gatherings on the street.

“We asked for people’s rough addresses, or where they were staying,” he said.

“Sometimes this was a car park or a bush drop-off.”

Soul Soup started three and half years ago when Griffiths decided to start making food in his kitchen and helping to serve it to the homeless at Orange Sky’s pop up services.

After a few months, he was put in contact with the CEO of the Davistown RSL to discuss whether they would help his project.

Three years later, Davistown RSL, along with Ettalong Diggers and Gosford RSL, still help cook batches of soup and pasta each week for the charity.

“There is no way I would cope living like that.

“These people are so resilient; they just can’t afford rent and food with everything so expensive and the waiting list to get into community houses being so long.

“They know it’s a safe spot for them to come as they know me and the Orange Sky team.

“We’ve created a really safe spot for them to come out and have a feed with others.”

After a traumatic incident, Griffiths struggles with PTSD but said being involved in Soul Soup helps distract him.

Soul Soup serves food at Kibble Park, Gosford, every Wednesday at 6.30pm, at Wyong Neighbourhood Centre every Tuesday at 10.30am, and at Deepwater Plaza, Woy Woy on Tuesday evenings at 5.30pm.

International Food Market to pop up at Kibble Park