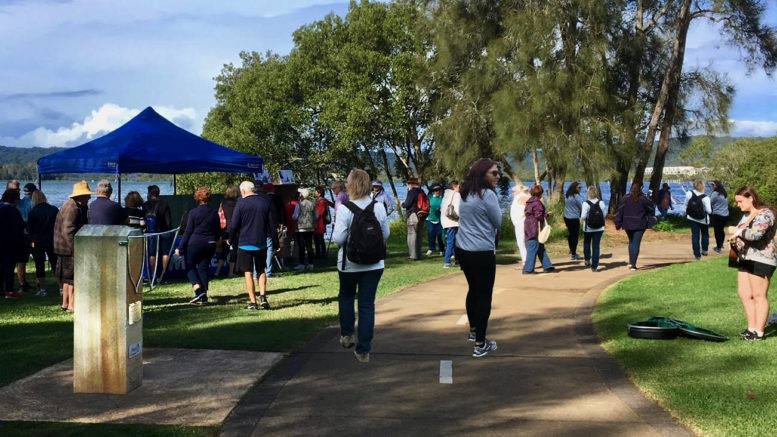 After being cancelled due to COVID-19 last year, the Rotary Club of Kincumber’s Shipbuilders Heritage Walk will be back bigger and better than ever on Sunday, May 2.

The walk consists of a gentle stroll from Kincumber past Yattalunga and Saratoga to Davistown.

The route is suitable for all ages, comprising 3km of flat, mostly paved walkway, mostly along the beautiful waterfronts of the four villages.

Co-ordinator Peter Rea said from the 1820s for 120 years, more than 500 large wooden ships were constructed on Brisbane Water.

“Many of them were built along the route of this walk and this day celebrates the work of the shipbuilders, the pioneers, the men and women involved,” Rea said.

“Also recognised will be our First Nations people, who over thousands of years left their mark at 5,000 sites from the Hawkesbury through to Brisbane Water.”

The starting point will be on the waterfront accessed from Carrack Rd, Kincumber, where walkers can buy a 4 Villages Souvenir Passport ($5 adults and $2 children).

They will also receive a four question Q&A card.

At each of the four villages there will be a check point where the passport can be stamped and walkers can view historical displays and find the answers to the Q&A card questions.

Completed Q&A cards will be placed in a box at the end of the walk, with the first four correct cards drawn winning a History Ferry Tour during the 2021 season.

There will be a special children’s prize as well.

“Two years’ work has gone into building the historical displays, featuring examples of the types of ships built in the district all those years ago,” Rea said.

“On the Davistown waterfront there will be lots of activity; music, food, stalls, vintage machinery and classic car displays including lots of chrome and bright colours from the American cars.

“The 38 seat catamaran history tours, trialed at our last event, will be back this year, commencing two hours earlier at 9am.”

Fee shuttle buses from Davistown to Kincumber will include the Rotary Big Red Double decker bus.

The Rotary Club of Kincumber is being joined by a number of community groups and local business to make this 4 Villages-Shipbuilders Heritage Walk the biggest and best ever.

Shipbuilders honoured by memorial and walkway