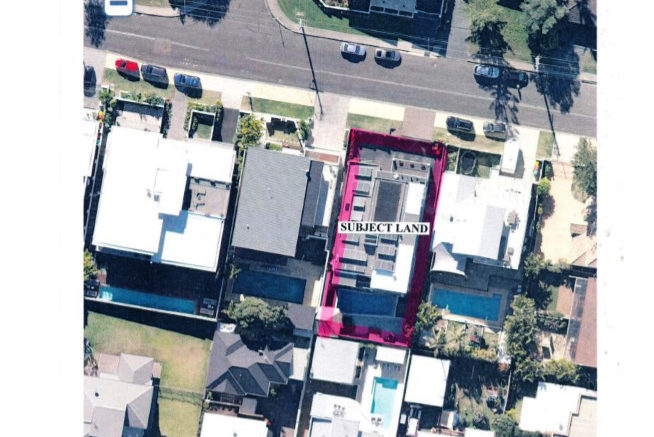 Changes to State Government laws on short-term rental accommodation (STRA) have seen a Wamberal homeowner withdraw an application from the Local Planning Panel meeting this week.

The applicant wanted to increase the number of bedrooms in the house which could be used as short-term rental accommodation.

The house at 12 Dover St Wamberal is an existing short-term rental home but with only four of six bedrooms available without Council approval.

The application attracted dozens of complaints from nearby residents citing noise, parking congestion, garbage and lack of onsite management.

The applicant said the dwelling would remain at four rooms available for rent under existing rules and would then operate under “the exempt development” rules when they come into effect.

On April 16, the industry was given until November to implement an Amendment of State Environmental Planning Policy (Affordable Rental Housing) 2009.

For hosts, this includes complying with new rules, including fire safety standard requirements and the need to register on a new Government-run online STRA Register.

The new rules will also allow STRA to be “exempt development” under certain conditions.

The Act says it is exempt development if it meets the general requirements of “clause 51E” which includes that the house has been lawfully constructed for the purpose of residential accommodation.

Exempt development typically relates to minor building renovations or works that don’t need any planning or building approval; it is very low impact development that can be done for certain residential, commercial and industrial properties.

As long as the proposed works meet all of the development standards identified in the relevant State Policy, approval may not be needed.

The new rules also allow homes to be used all year as rental accommodation.

Some homes located in prescribed areas are not to be used for STRA for more than 180 days in any 365 day period but the Central Coast is not one of those areas.

Central Coast Council is reviewing the new rules, amid claims from Local Government NSW (LGNSW) that they fall far short of addressing concerns around problems created by the fast-emerging industry.

A Council spokesperson said a review would be undertaken to “understand the potential impacts to amenity within residential communities, as well as broader impacts surrounding affordable housing”.

“We have been telling Government that councils need better regulatory support when dealing with STRAs to ensure greater operator accountability, protect community amenity and reduce the negative impact on affordable housing, but this policy announcement actually sets all that back,” Scott said.

“This new policy takes away councils’ ability to make a decision on what is the appropriate amount of short-term rental accommodation allowable in their areas.

“If there are no limits, property owners who think they can make more on the short-term rental market are not going to put their property on the regular rental market.

“Councils have been saying for years that this policy must be supported with ongoing research to monitor local impacts on housing affordability.

Scott said local government should not be made to go through hoops to get control of excess STRA in their local areas.

One positive to come out of the new framework was a compulsory register of STRA operators Scott said.

“We have been pushing the Government to commit to a compulsory register since it first announced the new regulatory framework for short term rentals.”

CCN requested to speak to both a council representative and the applicant Doug Sneddon Planning but had not heard back by deadline.