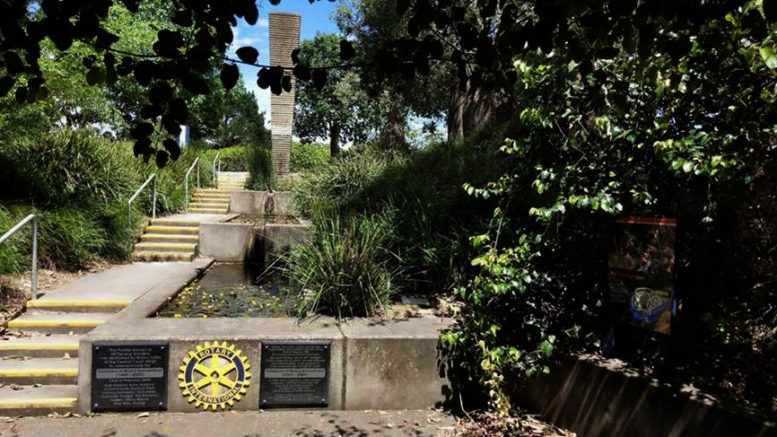 Rotary Clubs in the northern suburbs have all been madly fundraising for special events to celebrate 100 years of Rotary in Australia.

To mark the centenary this year, the clubs Northlakes/Toukley, The Entrance and Wyong/Tuggerah, along with 12 other clubs on the Central Coast, will all contribute to a new plaque at the Rotary Puddle Garden located in Festival Gardens at Mt Penang.

Rotarians will all come together for a ceremony to celebrate the 100-year milestone.

President of Northlakes/Toukley Club, Jan Pryor, said Rotary did a great job in the community.

They raise money through raffle ticket sales, running barbecues at Bunnings, special social events and they support other non profit organisations in the area.

The Northlakes/Toukley Club hosts networking nights that aim to connect business with Rotary members as well as other businesses in the northern suburbs.

The club will hold their annual Golf Day on April 22 at Magenta Spa Resort to raise funds for their community projects.

“We have had a Covid blanket over us for the past year and now we finally get to host our golf day,” Pryor said.

She, like many other Rotarians, joined the organisation to give back to their community.

“My story is very familiar to a lot of Rotarians; I joined because I had started a children’s home in Nepal and it was quite expensive to run on my own, so I joined Rotary,” Pryor said.

She still runs the children’s home where the original children are now teenagers and is also President of the Didi Foundation charity that aims to support and educate women, children and communities who are facing hardship, and provide them with a safe living environment.

This year’s centenary of Rotary in Australia will be celebrated by 1,100 clubs around the country which are all dedicating their time to making an impact in their communities.

Festival Gardens at Mt Penang was established in 2005 during the centenary of Rotary worldwide, with clubs on the Coast raising $2,076 to fund the project, which included a plaque and time capsule, due to be opened in 2055.

“16 years later and the gardens are looking very good with a fabulous variety of unusual plants, shrubs and trees, pleasant waterways, a kids’ play area and a good café,” said Graham Black, who co-ordinated the 2005 centenary project.

Another commemorative plaque will be placed at the garden this year for Rotary’s 100 years in Australia.