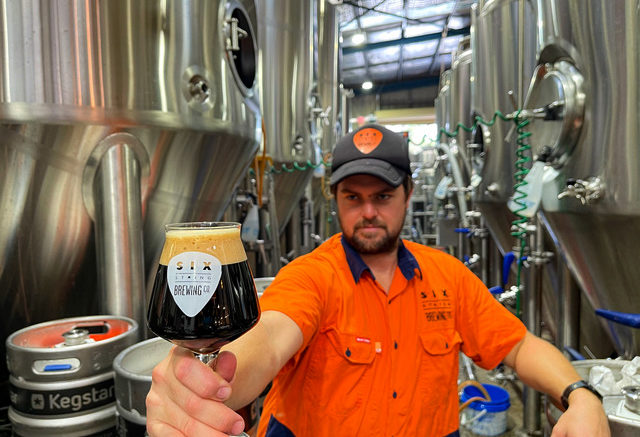 Two Central Coast Breweries will feature at the Great Australian Beer Spectacular (GABS) at Sydney Showground on May 7 and 8.

Six String Brewery in Erina, and Bay Rd Brewery in Gosford, will be among more than 60 breweries and cidermakers showcasing their products over the two days.

Out of the 10 editions GABS has run, the Six String Brewery has attended the past eight.

A spokesperson from the Six String Brewery said it was a great way for them to showcase their product.

“GABS for us is all about pushing the limits and for our brewers it’s a chance to showcase their skill and push the boundaries of flavours and beer styles,” the spokesperson said.

“We are incredibly proud to be representing the Central Coast in this arena.

“When we opened our doors eight years ago, craft beer was fairly non-existent on the Coast, and over this time we have seen a change not only in the Coast’s acceptance of craft beer but a surge in independent breweries across NSW.”

The Coast brewer will use the event to release its latest product; the 8.9 per cent abv (alcohol by volume) Crème Brûlée Imperial Stout which will be served with custard and a crunchy burnt sugar topping.

“The beer, called The Crème de la Crème is who I am, is a smooth sweet stout with flavours and aromas of burnt toffee, caramel and baked vanilla custard,” the spokesperson said.

“It showcases the brewer’s skill in creating the perception of a dessert using ingredients you’d find in any beer; water, malt, hops and yeast, (and a little vanilla).

“[Previously] we have put forward everything from a Triple Dark Red IPA – a big 12 per cent beer, to Choc Mint Stouts, Chai Porters and Thai spiced beer.”

Visitors to the event have the option to buy either tasters or full pours.

GABS organiser, Mike Bray, said they are excited the event is back up and running.

“We have already received lots of messages about how excited people are about getting back to GABS – both the visitors and the brewers,” Bray said.

“People can’t wait to get back together and celebrate their love for great Aussie craft beers.

“There’s so much going on at GABS, but at the end of the day, our goal is simple, we want people to have a great time with friends and family, no matter where they are on their craft beer journey.”

The event, presented by Dan Murphy’s, will head to Melbourne on May 21, 23, and Brisbane on June 12.

Tickets can be found at www.gabsfestival.com.

Ice Skaters in sync despite loss of Erina rink

Be the first to comment on "Pushing the boundaries on flavour"