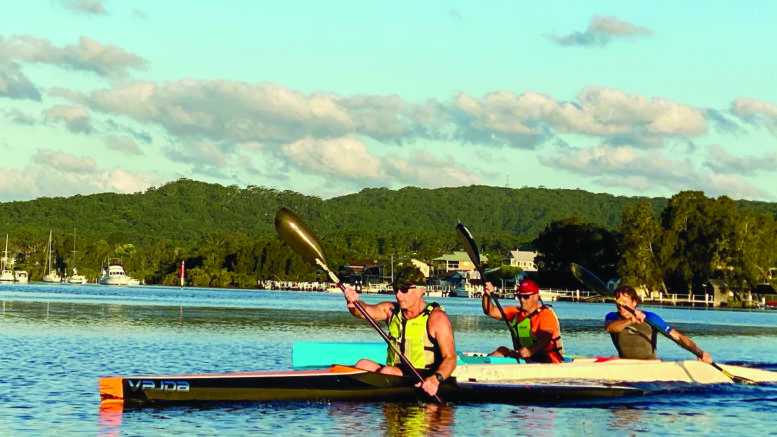 Avid paddlers have the chance to race out on the open Brisbane Water on April 17, part of race four of the 2021 Paddle NSW Marathon Series.

Brisbane Water Paddlers will host the event with participants required to be registered with Paddle NSW before getting involved.

President of Brisbane Water Paddlers, Craig Dodd, said division one is for elite paddlers who average around 13km an hour around the course.

“Those paddlers in division one are required to get out of the boat and run around a grass area before they get back in the water,” Dodd said.

Brisbane Water Padders, affiliated with Paddle NSW, was established in 2015 and has grown into a club of competitive and social paddlers of all sexes, ages, ethnicity, and abilities, running many races and social paddles each week.

This is the fifth year the group has hosted the state-wide paddle event which has been running for over 30 years.

Dodd said they hope to have around 130 people attend and have previously had contestants aged anywhere from 18 to 75.

The race will start at 9.30 am from Restella Ave, Davistown, and registration can be made through Paddle Australia.