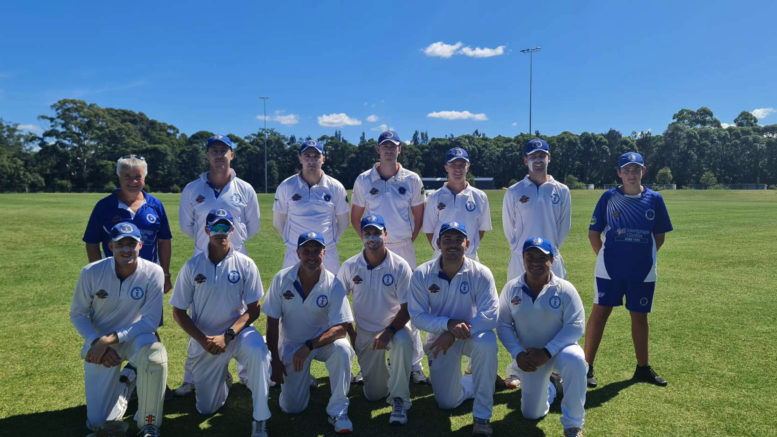 The 2020-21 Central Coast Cricket Association season has come to an end with the conclusion of the First and Second Grade Opens finals over the weekend from Saturday to Sunday, March 27-28.

Over the two days of cricket at Tuggerah Sporting Complex, Northern Central Coast clubs showed their dominance with a Second Grade win to Lisarow-Ourimbah over The Entrance and a First Grade win to The Entrance over Terrigal Matcham.

The First Grade match ended in a decisive victory for the Seagulls, defeating the Bellbirds by eight wickets.

After winning the toss and sending the Bellbirds in to bat, the Seagulls started strong through Mitch Starkey’s bowling, taking three wickets, including the big wicket of Ryan James for a duck, to have the Bellbirds reeling at 4/46.

However, the Bellbirds fought back with Kristian Mitchell and James Kennedy combining for a 95 run partnership to get the Terrigal team back in control of the game.

When Kennedy was dismissed for a very well made 51 runs, Harry Brien continued the good work before Dylan Bennett took two wickets in two balls, first dismissing Mitchell for 59 and then captain Alex Patterson on the next ball for a duck.

This quick change in momentum pushed the Bellbirds back on the ropes at 7/155.

Brien was joined by Nick Toohey and the pair added 22 runs before Brien fell for 25 runs.

This led to the demise of the Bellbirds’ batting play, with the remaining batsmen falling in quick succession for an end score of 187 runs.

Throughout this innings, Starkey continued his bowling form to finish with 5/45, while Bennett and Adam Taylor took two wickets each.

Despite finishing strong, the Seagulls had a nervous start with the bat in hand, with Ashley Hardy being dismissed for six runs from 31 balls.

However, from here it was a straight shoot to the title for the top rated batting line up that never gave the Bellbirds another look.

After Ashley Hardy’s dismissal, Shaun Byfield was joined by Broc Hardy as the two put on a 94 run second wicket partnership to give all the momentum to their side.

After Byfield was bowled, lbw, by Josh Bridge, for an excellent 68 runs, skipper Jeff Hemming joined the young Hardy and the two went on to finish with an unbeaten 81 run partnership to see The Entrance claim the premiership.

Hemming finished with 23 runs not out, while Hardy reached 81 not out, once again showing himself to be a big match player.

For his impressive batting performance, Broc Hardy was awarded the Damien Wright Medall as the Man of the Match.

For Terrigal Matcham, it has been another year of near misses, now making it three Grand Finals lost in three years.

In the Second Grade, The Entrance could not pull off the win, with an out-performing Lisarow Ourimbah team taking away the premiership after a very tough contest.

For his amazing bowling figures of 8 wickets for 44 runs off 20.2 balls, Jason Buckley was declared Man of the Match.