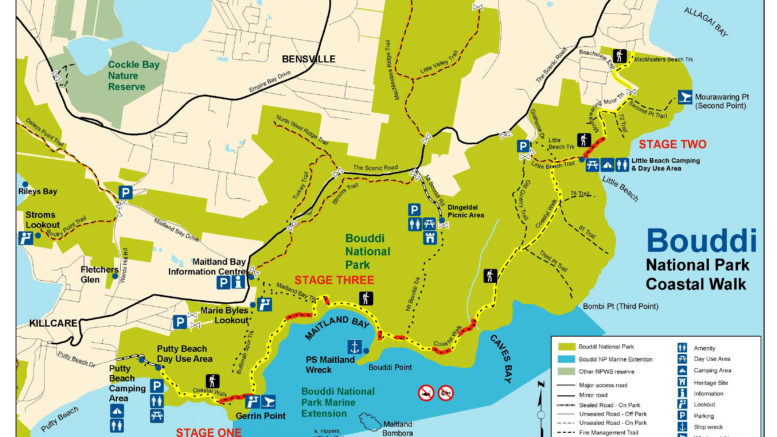 A map of the works happening across the Bouddi Coastal Walk

The third stage of upgrades to the Bouddi Coastal Walk began this week as part of the State Government’s $1.4 million transformation of the popular track.

On Monday, April 19, construction started on a 650-metre stretch of the walk between Gerrin Point and Maitland Bay.

With construction expected to take 14 weeks and weather dependent, visitors are asked to avoid the area whilst closures are in place and check the National Parks and Wildlife Service website for updates.

Parliamentary Secretary for the Central Coast, Adam Crouch, said the upgrades would improve the experience for both locals and visitors alike.

“Stages one and two have already been completed, which means we’ve now passed the halfway mark in this four-stage, three-year project being delivered by local National Parks and Wildlife Service staff,” Crouch said.

“Not only will these upgrades increase the longevity of this section of track and improve views for visitors, [but] they will also help to protect the pristine natural environment of [the] Park.

Due to its remote location, equipment and materials will be airlifted by helicopter to the construction sites.

The Bouddi Coastal Walk will be closed from Gerrin Point north to Maitland Bay during this time.