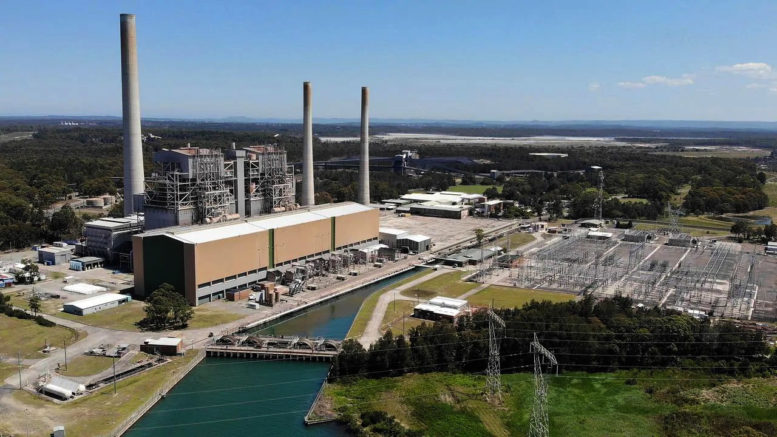 “These include oxides of nitrogen and sulphur and fine particles, which all cause serious respiratory and cardiovascular diseases.

Climate pollution from NSW coal power stations also fell by 4.1 million tonnes of CO2 in the reporting period, and according to the Nature Conservation Council, that’s equivalent to replacing 1.3 million petrol cars with electric vehicles, about a third of the NSW passenger vehicle fleet.

The EJA said given that the 2018-2019 NPI data revealed alarming increases in PM10 and PM2.5 emissions at Vales Point (121 percent and 181 percent respectively), the recent decrease in emissions supported the basis for the legal complaint made by EJA to the NSW Environment Protection Authority in April 2020.

The complaint alleged that Delta Electricity breached its licence conditions by failing to operate and / or maintain plant and equipment at Vales Point in a proper and efficient manner.

An EPA investigation is underway and the EJA is expecting to be advised of the outcome in April.

“All these toxic emissions have a huge impact on people’s health so these coal fired power stations must clean up their operations and shut as soon as possible,” Gambian said.

“The total health impact of this industry on families is colossal, especially on the Central Coast, in the Hunter and across western Sydney, where many of these emissions end up.”

Spokesperson for local environmental group, Future Sooner, Will Belford, said despite the reported decreases it was still “dirty business as usual” at Vales Point.

“The NPI data is a timely reminder of the harm to health that power stations like Vales Point do, which is all too often hidden from view,” said Future Sooner spokesperson, Will Belford.

“We can’t see these pollutants but we’re breathing them.”

“All these pollutants have serious negative impacts on human health,” Belford said.

“Even though NOx emissions from Vales Point dropped slightly, Vales Point is still pumping this dangerous gas out at unacceptable levels.

“That’s why we’re asking the Environment Protection Authority to set the same nitrogen oxide emissions limits for Vales Point as it does for other power stations,” Belford said.

He said Future Sooner was still waiting to hear how the EPA would conduct public consultation on Vales Point’s pollution exemption.

“The EPA has granted Vales Point two five-year exemptions from the standard and is currently considering the company’s application to continue over polluting for another five years,” Belford said.

Delta’s environmental data is posted on its website every month.

The website says that limits for emissions such as oxides of nitrogen have already been tightened as part of the renewal in July 2020 of Delta’s Environmental Protection Licence, after considerable input from the community and other groups.

Delta continues to comply with these reduced limits and further work will be undertaken in upcoming maintenance outages to replace burner tips which will result in even lower NOx emissions, it said on the website.

Chain Valley and Mannering collieries to go under one development approval

EPA needs to consult with the public and health professionals

Meeting at power station is not likely to be good news

PM2.5 particles have been found in NSW that originated in South Australia