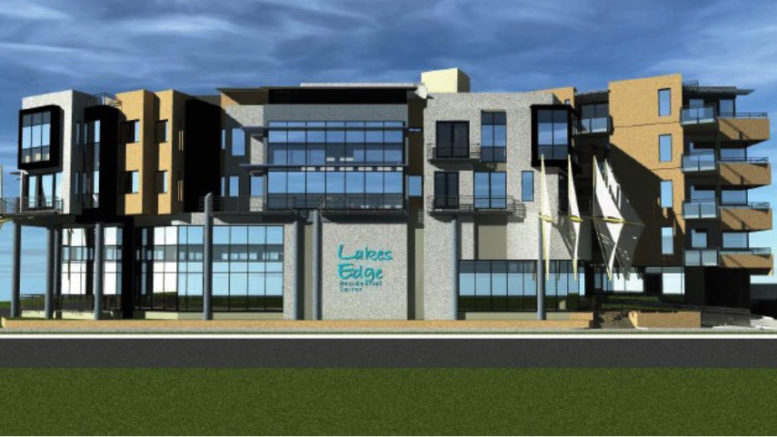 Plans for an $11.5M function centre, commercial premises and tourist accommodation at Long Jetty will go to the Central Coast Local Planning Panel for the second time, following an application to review the proposal after it was originally refused in September 2020.

The development was refused because: it didn’t meet the definition of shop top housing; non-compliance with building height and floor space ratio; excessive bulk and scale; did not meet quality design criteria set out in planning policies; insufficient information in the DA; and, issues with flooding and stormwater.

Council staff are recommending that the Panel refuse the application to review the amended proposal.

The report says that there are limited changes to the amended proposal which still has the overall design, bulk and scale, even though the residential apartments have been reduced from 23 to 21, a bigger alfresco terrace and landscaped setback off Tuggerah Pde and amendments to the western façade, among other things.

An assessment report said the proposed building did not fit in to the character of the area and it would have an overbearing visual impact.

The building height and floor space ratio still did not comply with planning policies and non-complying setbacks and inadequate landscaping indicated over development of the site.

Layout of the residential units was not amended and still failed in amenity and privacy, but the report said that there was an adequate mix of one, two and three bedroom units.

The proposal does not achieve beauty or an appropriate character, the report said.

The split building design is read as a single built form from most vantage points, which increases its mass and scale and this, combined with an inappropriate commercial architectural character and lack of landscaping would have an overbearing visual impact on the lakeside reserve as well as surrounding properties.

Previous concerns over water quality entering the lake from stormwater have been addressed in the amended plan, however, car parking still falls way short with only 48 spaces when 81 are required.

The Council report says that the DA lacks detail about the commercial premises and function centre, the hours of operation, number of patrons, potential noise sources or how any potential amenity conflicts with the residential apartments can be managed.

A Plan of Management has not been submitted to address the amenity conflicts arising from tourist service apartments, function centre and commercial premises onto permanent residential apartments and neighbouring residences.

The recommendation in the report is that the Local Planning Panel re-affirm its previous decision of refusal.

The proposal was on public exhibition during January and February and no submissions were received.