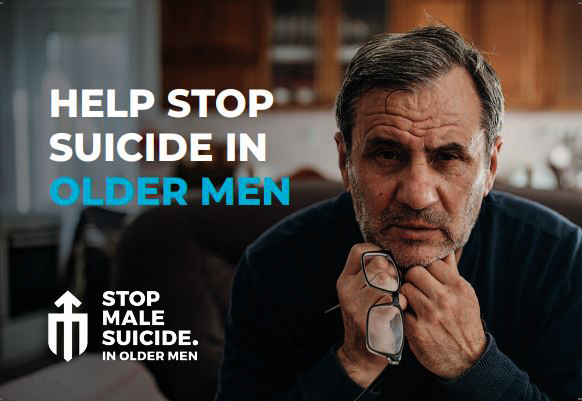 A new local project aiming to help prevent suicide in older men will host an on-line conference on April 23.

The Stop Male Suicide in Older Men project aims to give people in the Central Coast, Hunter and New England regions, the tools they need to start conversations that could save older men’s lives.

Spokesperson, Glen Poole, said one in five men who die of suicide in Australia are aged 60 and over.

“Suicide kills nine people a day on average and seven of these suicides will be male,” Poole said.

“Men over 60 can be at increased risk for a number of reasons, which include declining physical health, social isolation, bereavement, financial hardship, loss of purpose and mental health issues.

“We want to hear from people who come into contact with older men in their workplaces and communities and find ways we can help them to take action to prevent suicide in older men.

“We’re currently running an online survey and invite everyone who cares about reducing the risk of suicide in older men to visit our website and take part.”

Poole said recent data from the Australian Bureau of Statistics (ABS) reveal that suicide kills 10 men aged 60 and over every week.

Stop Male Suicide in Older Men will host an online conference for professionals and volunteers working with older men on Friday, April 23.

Those wanting to register for the online conference or become involved in the project can email stop@stopmalesuicide.com or visit the website www.oldermalesuicide.com

Suicide alertness for everyone workshop

Supporting people after a suicide attempt

Council to continue to support a range of suicide prevention initiatives